Fiddler crab populations are on the move.  Historically, fiddler crabs (Uca pugnax) have been considered a southern species, limited to marshes south of Cape Cod, MA.  In 2003, however, a resident colony was reported in Scituate, MA., 60 miles north and around the barrier of the cape (see map below left).  The colony was a sign that fiddlers might be taking advantage of new territory as climate change warms coastal waters to the north.  In 2014, PIE Scientist David Johnson confirmed that fiddlers were indeed moving north when he discovered them in the Rowley River marshes, within the PIE-LTER site (photo left).  He has now documented fiddler colonies as far north as Hampton, NH, 80 miles beyond the 2003 limit.

Adult fiddlers are able to overwinter in marshes north of their range by capping their burrows, so it is not adult survival that determines their northern range limits.  Instead, it is the survival of the planktonic larvae, which are dispersed to the water column and distributed to potential settling sites by tides and currents during summer months.  How have fiddler larvae made it across the thermal barrier into colder, northern waters of the PIE region? Higher-than-average water temperatures in Massachusetts Bay and the Gulf of Maine during summers of 2012 and 2013 suggest that the move to new northern sites occurred during this period.  Once in the relative protection of the estuary, fiddlers have been able to survive and begin establishing colonies (female carrying eggs, photo  right).  Warming ocean waters associated with climate change are therefore the likely driver of fiddler crab range extension. 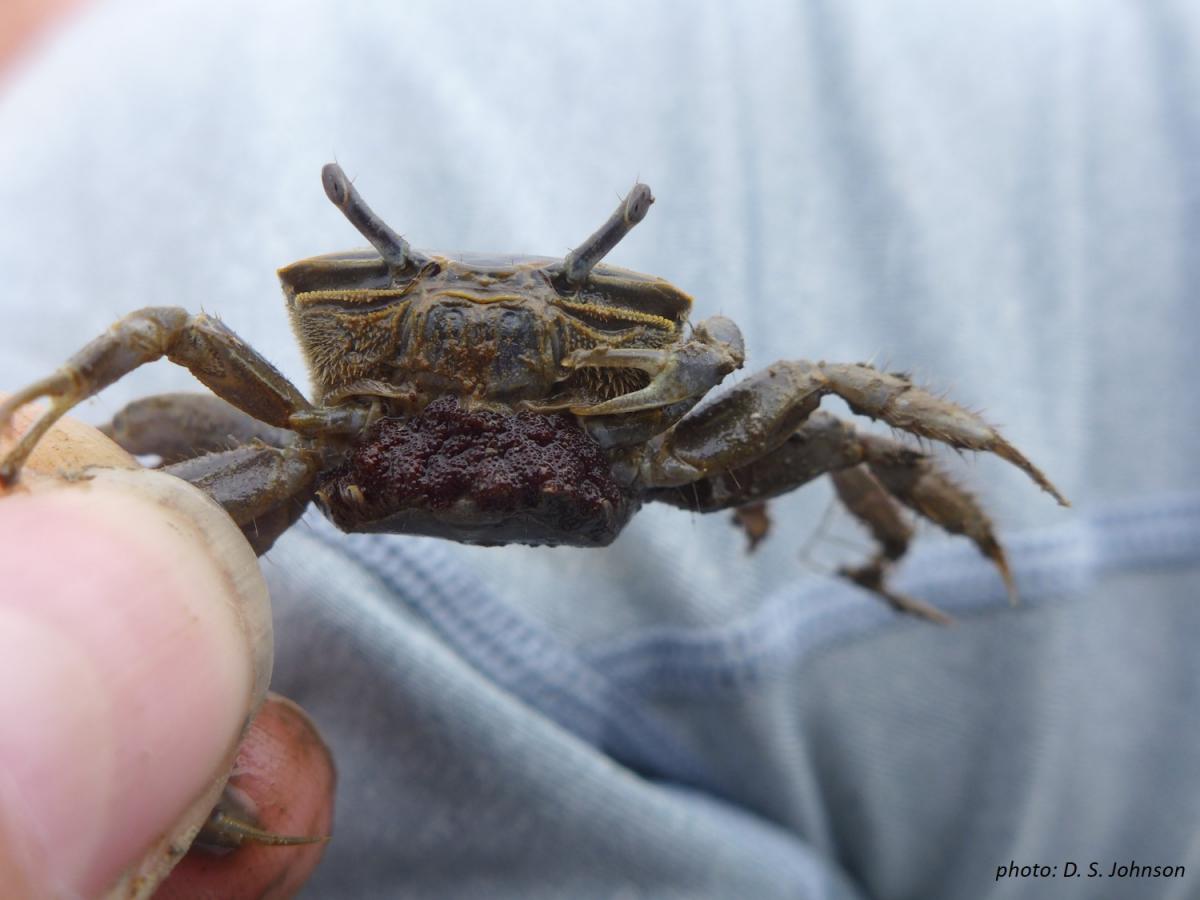 What effects might these new residents have on PIE marshes?  Fiddler crabs are so-called “ecosystem engineers”, tunneling out burrows into creek banks of tidal marshes--which will be a new phenomenon for these northern marshes (fiddler in burrow at PIE, photo bottom right). Where fiddlers have been long-time residents, their burrowing activity has had a significant effect on the structure and function of the marsh by affecting plant growth and health, soil characteristics, chemical and microbial processes, and carbon storage.  Fiddler crabs may also have effects on the local food webs at PIE.  They have a diet that includes microalgae and small invertebrates they rake into their mouths off the sediment surface, and they in turn may provide a new food resource for predators like blue herons.

Currently, fiddler crab densities are low at PIE, but as they increase over time, impacts may also increase.   PIE scientists will take advantage of the many years of “pre-fiddler” data to compare with data from “post-fiddler” years to help us understand the implications of a new species in the ecosystem.  We will also be watching for other species, such as blue crab (Callinectes sapidus), already observed in the Gulf of Maine, that may be crossing the traditional warm-cold barrier of Cape Cod.  Species introductions like these may have socio-economic as well as ecological effects in the region, for example if new species affect local commercial fisheries.  Tracking the range expansion of fiddlers and other species will be critical to understanding these effects, and will provide data for any necessary management strategies. 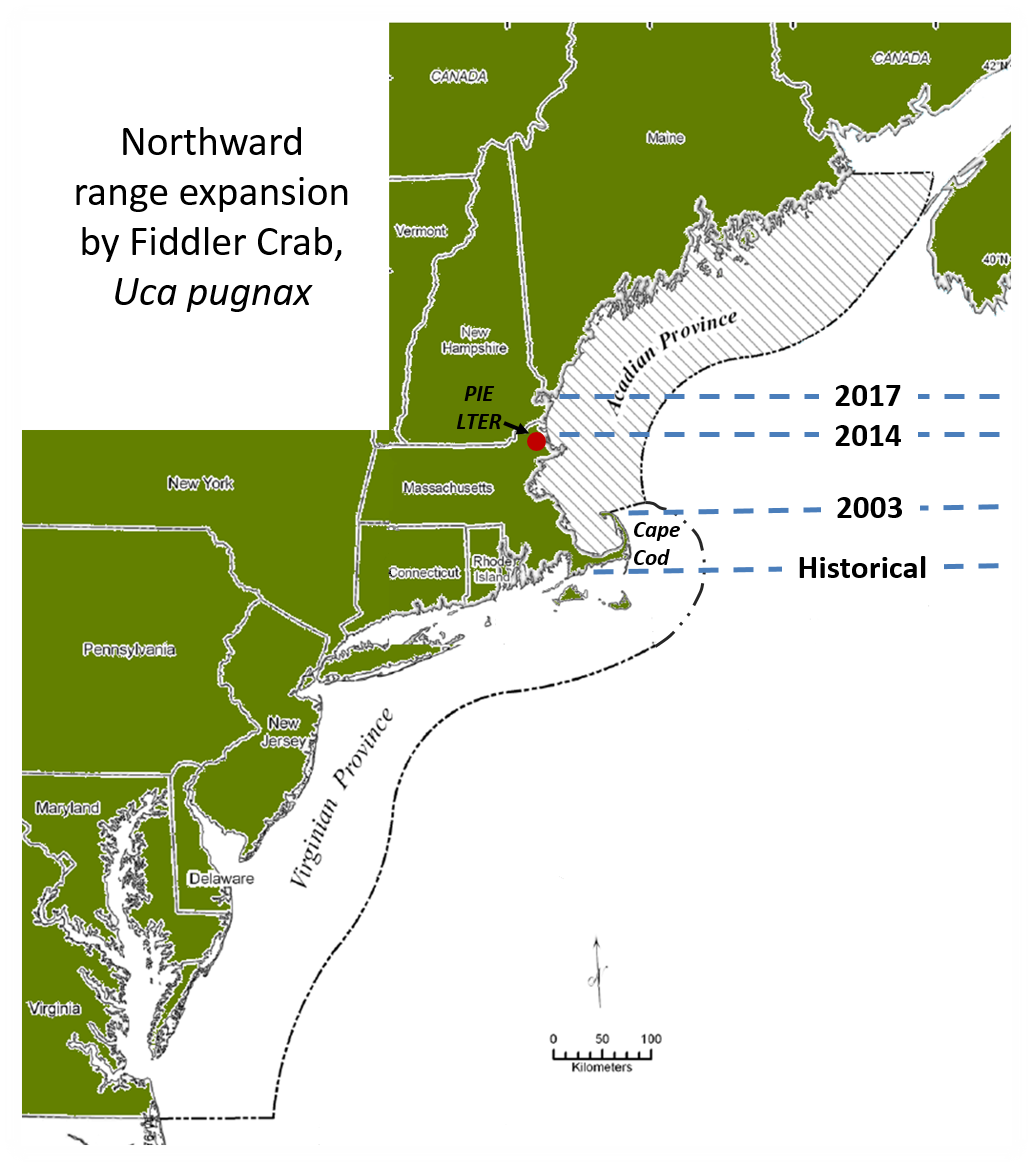 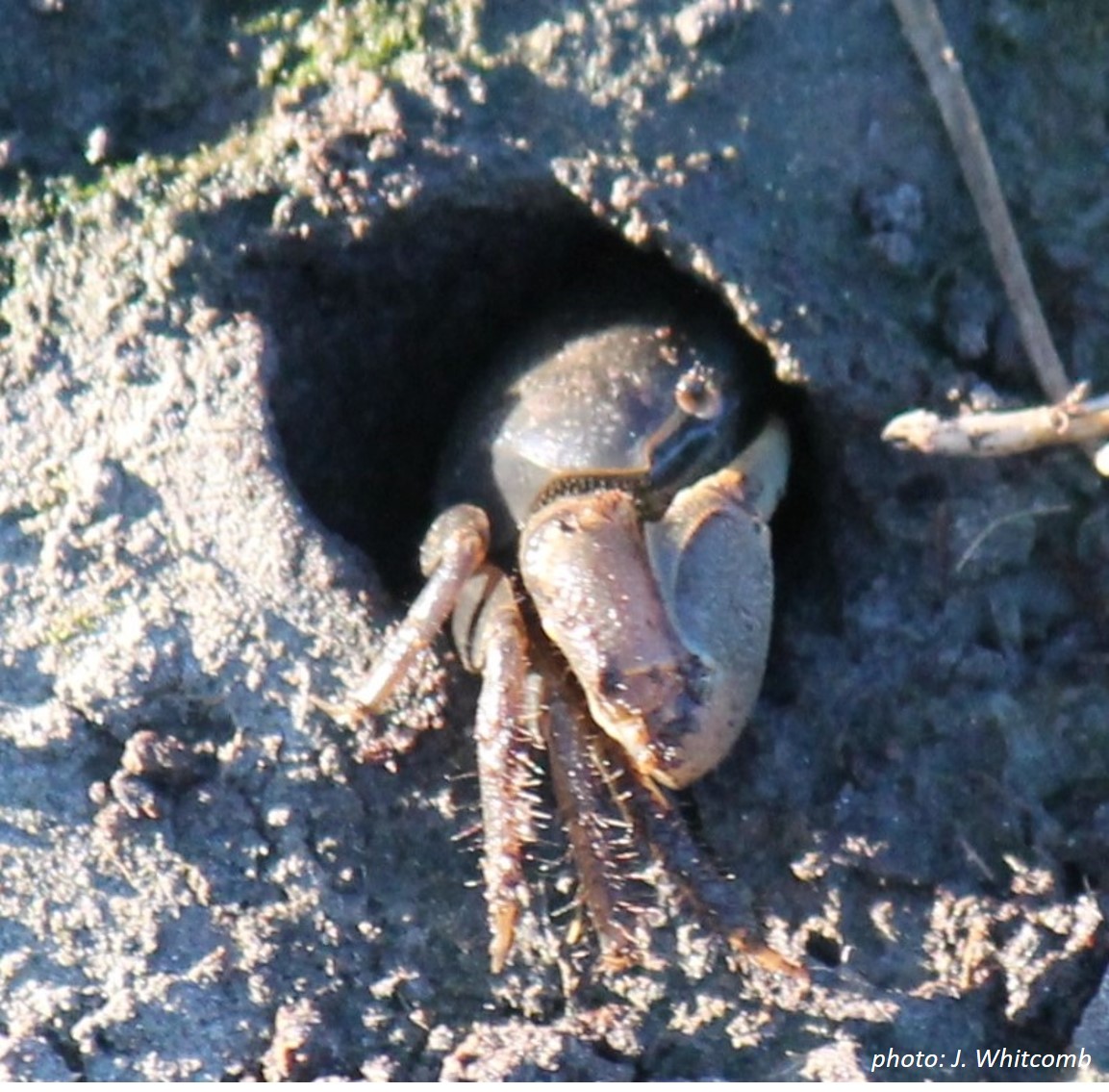 Fiddler Fun Fact!  Notice that the large claw on both males in photos above is on the fiddler's right side.  However, according to Dr. Johnson, fiddlers are about 50:50 right- and left-handed.  Here's a photo of a lefty at the PIE LTER: 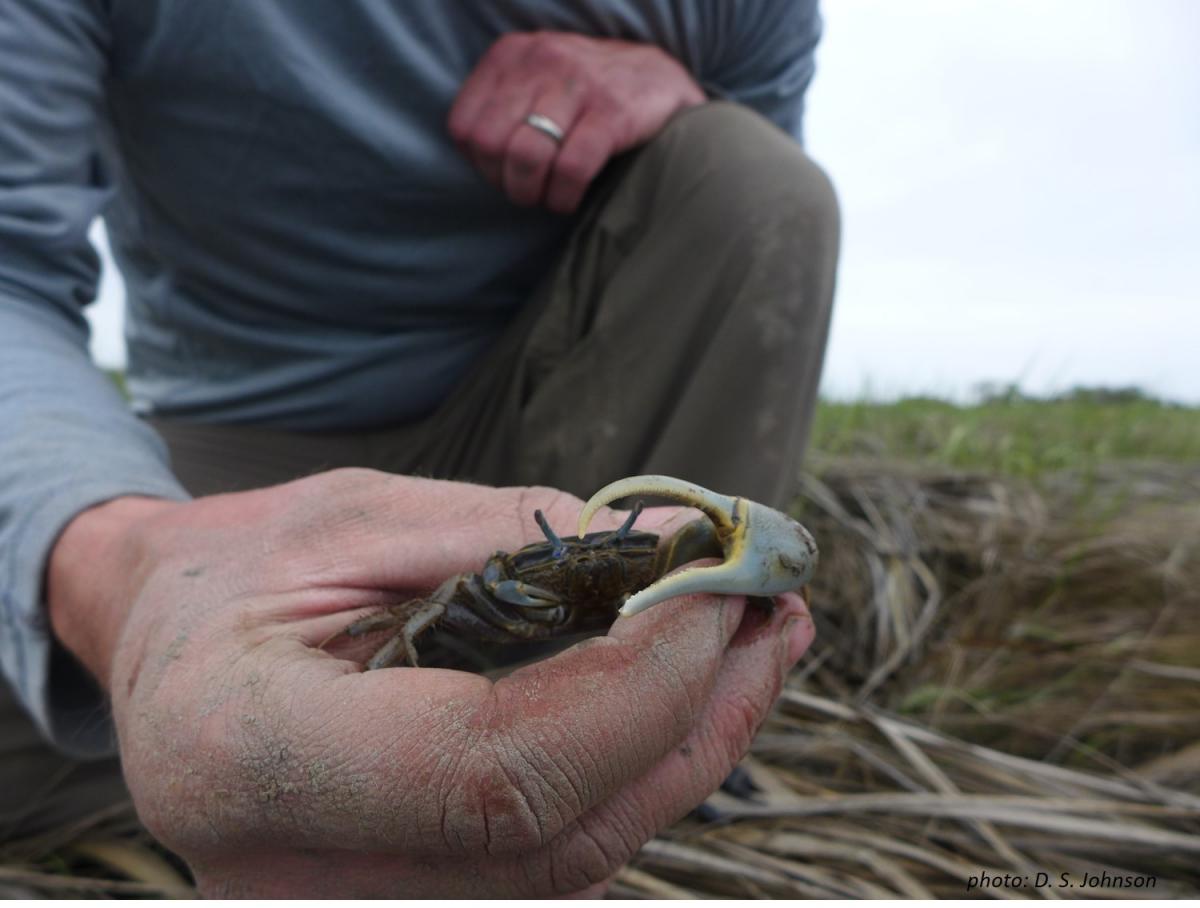