PIE scientists have discovered marshes have "tipping points" beyond which sediment accumulation fails to keep up with rising sea level and the marshes drown. These tipping points vary regionally and are influenced by human activities such as dam building and land clearing that affect sediment transport from the watershed.

PIE scientists have documented that salt marsh primary production responds to sea level anomalies at several locations along the east coast of the United States. At Plum Island, salt marsh primary production is nearly twice as great during high sea level years as opposed to low sea level years. Many marshes are perched high in the tidal frame at an elevation that is super-optimal for the vegetation, and when sea level is anomalously high during summer months (it can vary by as much as 10cm), primary production responds positively. Experimental studies, where marsh plants are grown at different elevations relative to mean sea level, support the findings of the long-term field measurements and show production is greater when plants are grown below the current marsh platform. 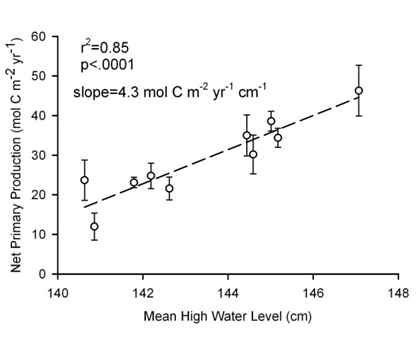 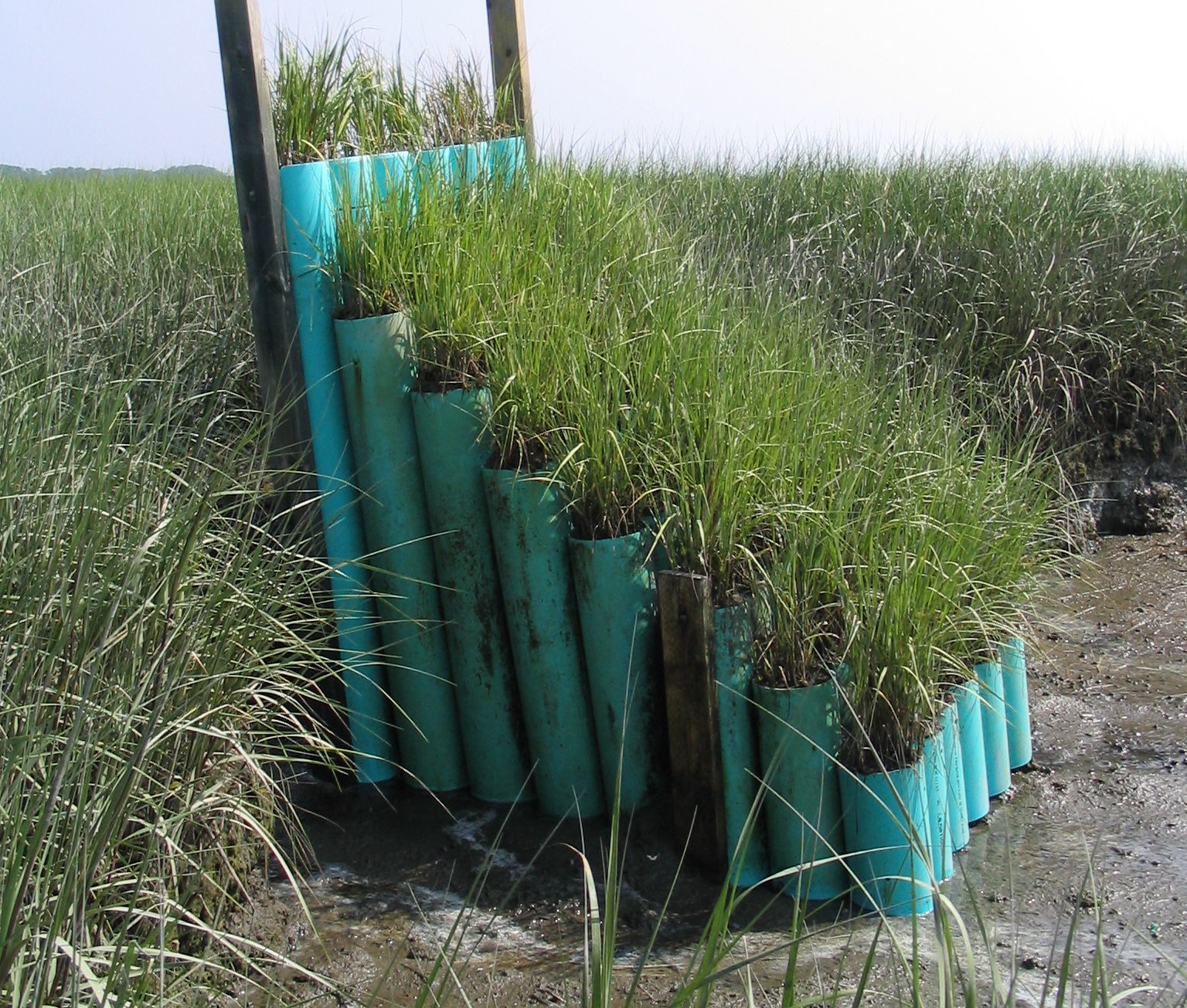 Our research on salt marsh productivity, coupled with studies on sedimentation, have led to the development of a theoretical model that explains how marsh landscapes maintain equilibrium with sea level. This model and field experiments have demonstrated that marsh accretion rates vary with sea level, flooding frequency, sediment supply, and nutrients. We have shown empirically that there is an optimum relative elevation for maximum primary production and, furthermore, that the relative elevation of Plum Island's marshes exceeds the optimum for vegetative growth. The equilibrium elevation is inversely related to the rate of sea-level rise.

Our model predicts that there is a tipping point that will result in the irreversible loss of salt marsh habitat. The tipping point depends on factors such as sediment supply from surrounding watersheds and tide range. We predict that Plum Island's marshes will not keep pace with rising seas, though the ultimate demise of Plum Island marshes will play out over decades. Human alteration of watersheds, by affecting sediment erosion and transport, has the potential to enhance or compromise the marshes' ability to keep pace with accelerated sea level rise over the next century. Additionally, 14C analyses of sediments suggest that the existing peat marshes are cannibalizing themselves, i.e. eroded peat from creek banks is deposited on the remaining marsh surface, which can increase sedimentation on interior marsh surfaces, but at the expense of total marsh area.