Estuaries intercept nitrogen as it travels from watersheds to coastal waters, but the effectiveness of this ecosystem service varies widely. PIE scientists discovered that the magnitude and timing of salinity changes in tidal waters may control the processing of the nitrogen, which may impact the frequency and severity of algal blooms along the coast.

Primary production in most estuaries and coastal marine waters is limited 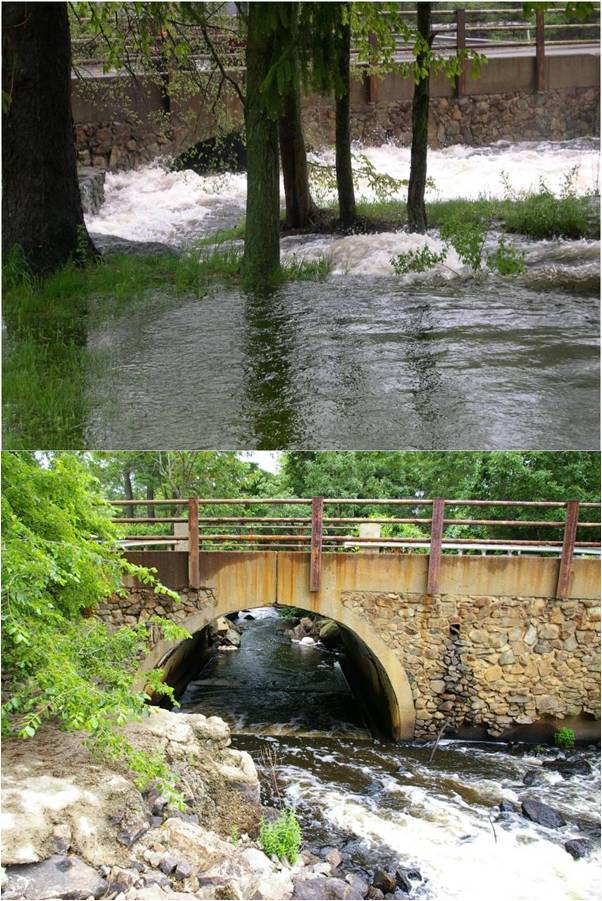 by the availability of nitrogen. Therefore, understanding nitrogen cycling is critical to predicting how coastal systems will respond to an increased delivery of nutrients from land. While nitrogen is an essential element, an over abundance of nitrogen leads to algal blooms and hypoxia in estuarine and coastal ecosystems. However, not all of the nitrogen which enters estuaries remains biologically available. Nitrogen can be lost to the atmosphere as nitrogen gas through the activities of microbes, or sequestered in sediments.

In the Parker River Estuary, one of the estuaries which enters Plum Island Sound, salinity is very low during the spring when runoff is high but usually rises over the summer as runoff decreases. Through long term studies of nitrogen cycling in the Parker River Estuary we have found that salinity exerts a powerful control on the fate of nitrogen introduced from the watershed. Salinity controls nitrogen cycling through several mechanisms. First, salinity directly affects ammonium release from sediment particles through ion exchange. Under conditions of low salinity in the spring, more of the nitrogen released through decomposition remains associated with sediment particles. As salinity rises during summer, ammonium is released from the sediments and enters the overlying water. Second, salinity has a large effect on rates of microbial processes.

Nitrification, the oxidation of ammonium to nitrate, is especially sensitive to salinity changes. Nitrate produced from nitrification fuels denitrification, which removes nitrogen from the estuary by converting it to dinitrogen gas. As salinity rises during summer and early fall, nitrification rates decrease by nearly an order of magnitude compared to values measured in spring. The numbers of ammonium oxidizing bacteria (AOB) also decrease by nearly ten fold from spring to fall, although the overall structure of the AOB community does not change. 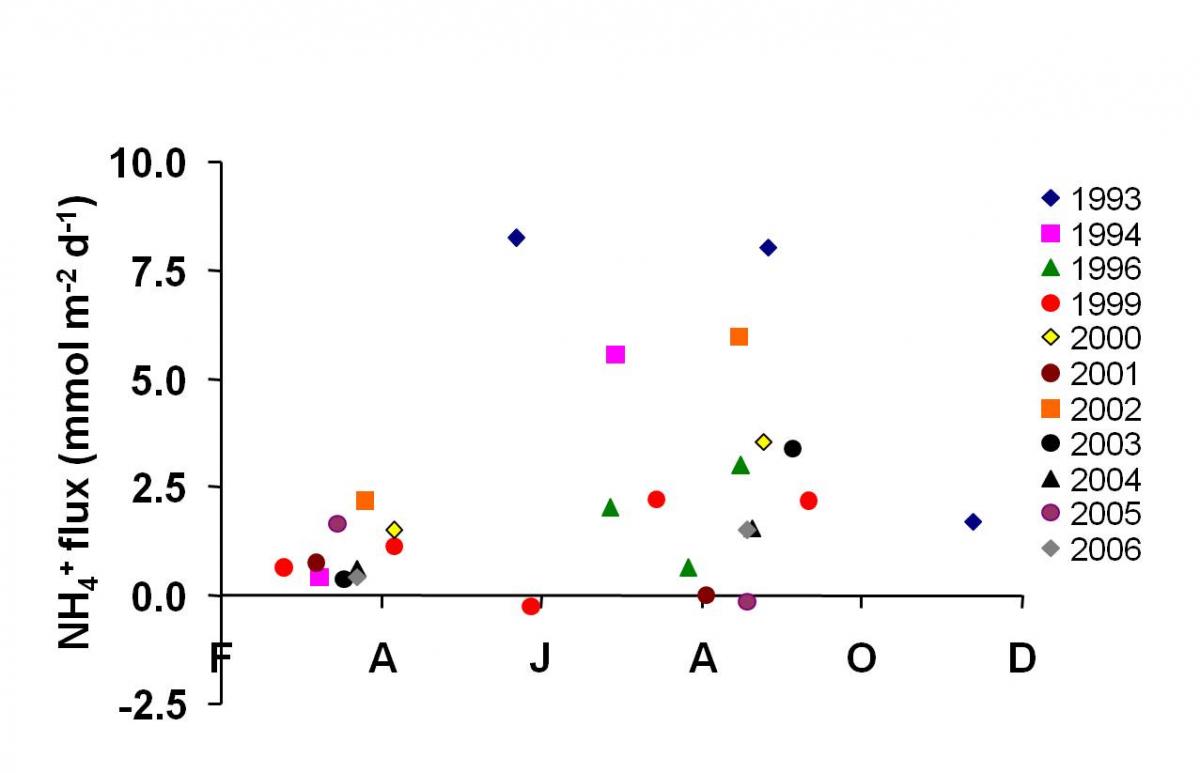 The net result of the change in microbial processing and sediment adsorption is that when runoff is low and salinity increases, release of biologically available N from sediments into estuarine waters is enhanced. During wet periods, when salinity does not rise as high, we see more N removed from the estuary via

denitrification. Observations and models suggest that nitrogen availability may be as much as 50% greater in dry years when compared to wet years. This enhanced N release from the sediments may contribute to the large mid- to late-summer phytoplankton blooms we observe in the upper estuary. Variable salinity regimes clearly have seasonal impacts on the nitrogen cycle in estuaries. This finding also has implications in light of predicted changes in the hydrologic cycle associated with climate change (sea level rise and changes in precipitation patterns).