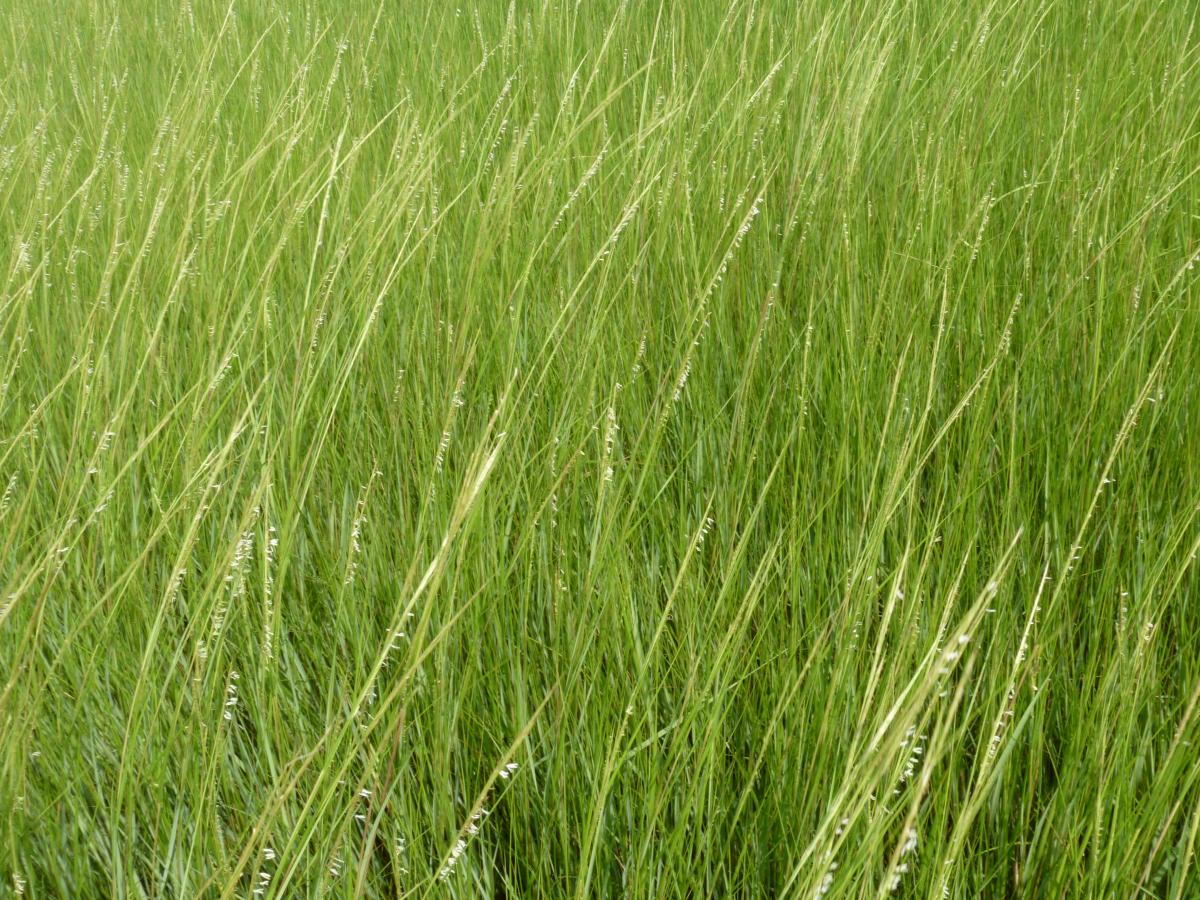 PIE-LTER site have been conducting research to better understand processes that control the productivity of saltmarshes.   At Plum Island, saltmarshes are dominated by two species of cordgrass, Spartina patens and S. alterniflora.  S. alterniflora is confined largely to lower relative elevations (mean 0.9 ±0.3 m above MSL ± 1 SD), principally as a monoculture around the margins of the tidal creeks, while S. patens is found at higher elevations.  At Plum Island, as we have also seen at North Inlet,S.C.,  net annual primary production of S. alterniflora has been quite variable through the years. In control plots at Plum Island where there is a continuous record since 1999, production has been as low as 343 and as high as 1,324 g m–2 yr–1 .  Plum Island marshes support this range of productivity despite a short growing season that lasts only from May through August.  Starting from a barren landscape in May, stands of S. alterniflora emerge and amass an average live biomass of 543 g m–2 , comparable to that at North Inlet where the growing season is year-round. S. patens achieves a very high standing biomass at Plum Island, averaging 1,257 g m–2.   S. patens is a wispy marsh grass, with stem densities that approach 4,000 m–2.  Its stems often lie prostrate, forming a dense, green carpet that, owing to the horizontal orientation of the leaves, maximizes the interception and harvesting of solar energy.

In experimental plots started at Plum Island in 1999, biomass of both Spartina species responded positively to fertilization (nitrogen plus phosphorus) after one year,  S. alterniflora  by nearly 50% , S. patens by 62%.   S. alterniflora did not respond to phosphorus alone, whereas S. patens showed some co-limitation by phosphorus.  There also is a significant correlation between above ground net primary production and mean high water (MHW) at Plum Island (r2 = 0.43, p = 0.01).  However this relationship only holds as long as sufficient marsh elevation is maintained (see Tipping Points). 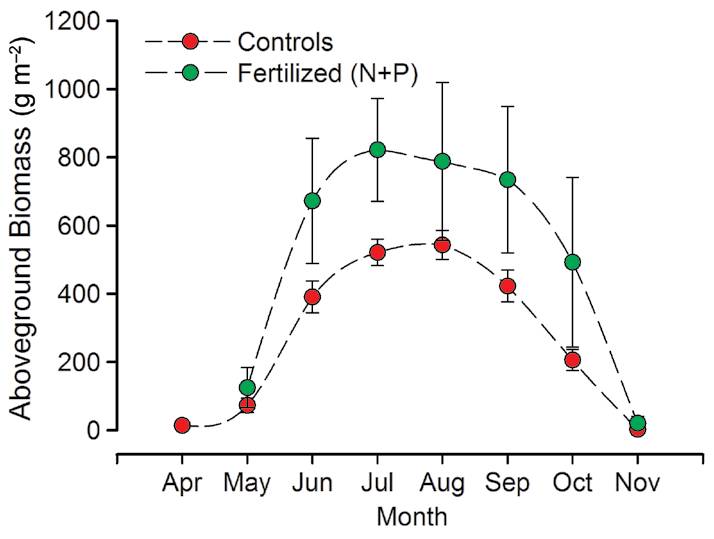