PIE scientists developed a novel approach to model how bacteria and other microscopic organisms transform organic compounds and nutrients in estuarine and other aquatic environments based on ideas from thermodynamics. The new approach will allow scientists to more accurately predict how estuaries and other ecosystems will respond to global change.

Scientists understand quite well how chemicals react to produce new compounds, such as when oxygen mixes with natural gas and burns to produce carbon dioxide plus water, but as soon as biology is added to the chemical milieu, the task of predicting what chemical reactions will occur and how quickly remains a great challenge. Primitive organisms, such as bacteria and other microscope life, are at the cusp between standard inanimate chemistry and the more exquisite biologically catalyzed reactions. Many bacteria found in estuaries and other environments conduct re 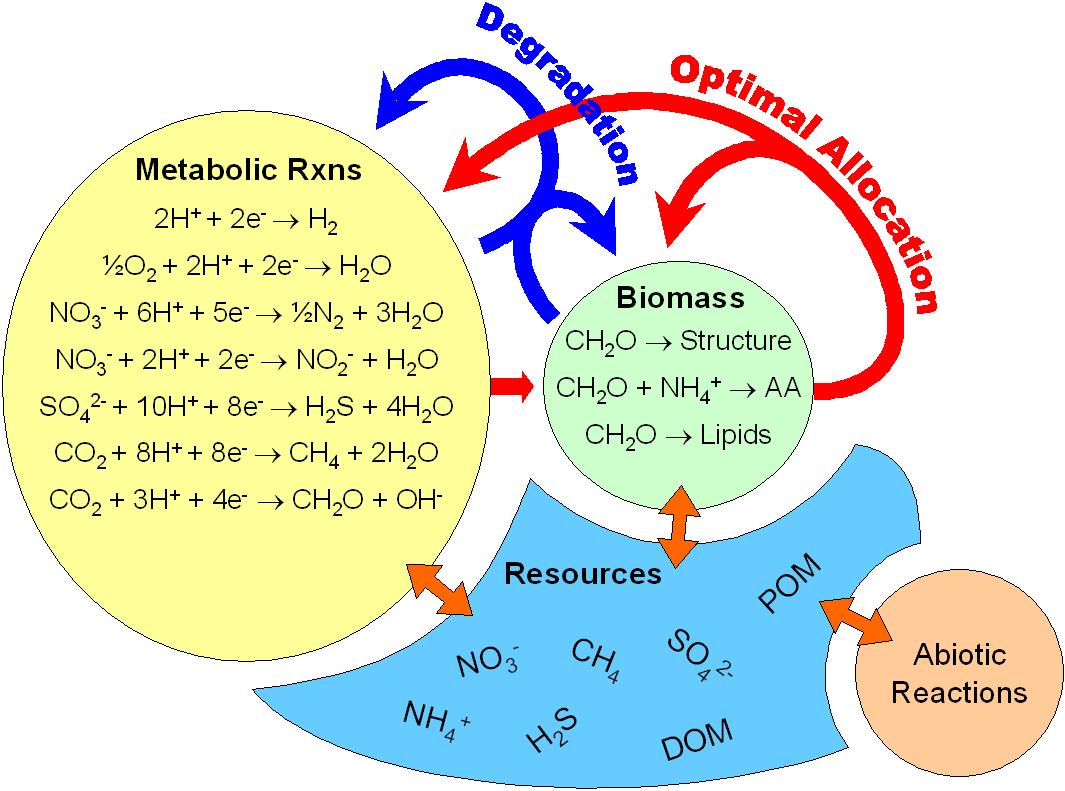 actions that also occur when life is not present, such as when oxygen reacts with hydrogen sulfide - the gas that smells like rotten eggs - to make inorganic sulfur, or when oxygen reacts with iron to produce rust. However, when bacteria are present, they allow these reactions to occur much faster, perhaps 1000 times faster, than when bacteria are absent. Scientist have found that almost any chemical reaction that produces energy and occurs under reasonable conditions (temperature < 100°C and 2 < 10) can be used by some species of bacteria for growth, even if organic carbon compounds are not present, because bacteria can use carbon dioxide from air like trees, but do not need light to fix it into sugar. Because microorganisms radically change the speed of chemistry, scientists must include them in their models that describe how materials are transformed in ecosystems by living organisms and inanimate reactions; an area of research known as biogeochemistry. But which reactions do microbes enhance? One extreme answer is that it depends on which microbes are present; change who is there and you get different chemistry. The other extreme answer is that chemistry determines which microbes will be present in an ecosystem based on how much energy can be extracted, which can be calculated from thermodynamics. While the true answer is likely between these two extremes, scientists at PIE believe the chemistry of microbial life lies much closer to the thermodynamics side. 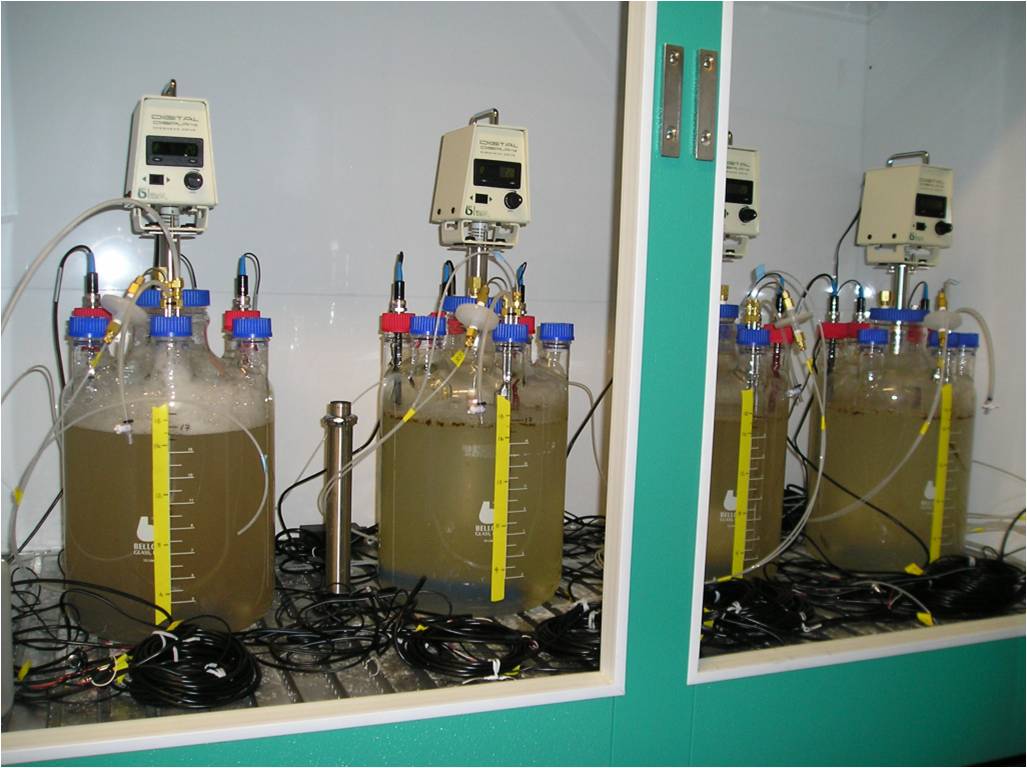 MIcrocosm experiments are being used  to test theories about how natural microbial communities contribute to and define environmental chemistry. (photo Vallino)

Classic thermodynamics, which allows scientists to calculate how much mechanical work can be obtained from chemical and other types of energy, is only applicable to systems at rest, or more technically at equilibrium. Historically, thermodynamics has had limited use in biology, because when an organism reaches equilibrium, it is by definition dead. Recently, however, scientists have been extending thermodynamics to nonequilibrium systems, and scientists at PIE have being using these new developments to understand and model how microbes should behave chemically if governed by nonequilibrium thermodynamics. Theory and models developed to date describe how microbial biogeochemistry of estuaries and other environments change as resource inputs change, and model results look quite promising. The results indicate scientists might be able to explain and predict why and how microbes catalyze reactions based on thermodynamic principles alone without having to know which microbes are present in an ecosystem. The new perspective being developed and tested at PIE field sites represents a paradigm shift from "microbes determine the biogeochemistry" to "chemistry controls which microbes will be present". If the new perspective continues to hold up to experimental testing, the approach will allow scientists to predict more accurately how ecosystem chemistry may respond to global change.