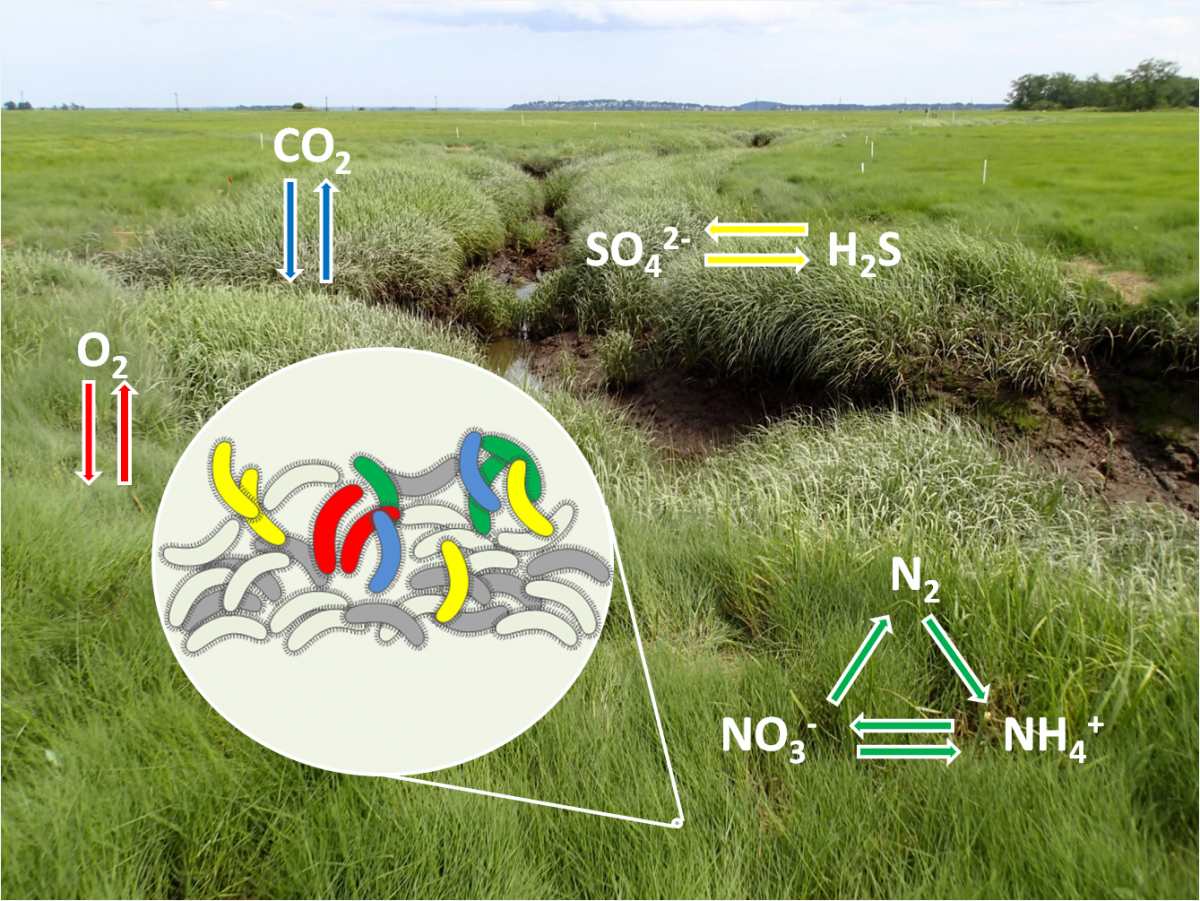 The scientific community has become very good at determining the identity and abundance of microbes in a multitude of habitats, from the human gut to hydrothermal vents.   They do this by analyzing DNA, or the total genetic material of the microbial populations.  It is akin to taking the census of people in a city.   It tells us how many microbes are present, and what type of microbe they are. What it doesn’t tell us is what part of the total community is active, and when and why? That is, who is on the job and which shift are they working?  For this, we need to examine the RNA, that part of the genetic material that regulates protein production  ̶  an indication the microbial machinery is in gear.

Scientists have long been able to measure the end results of microbial activity.  For example, in salt marshes, the anaerobic, microbial process of sulfate reduction that converts sulfate (SO42-) in seawater to sulfide (H2S)  – and produces the characteristic rotten egg smell in marshes – has been studied by measuring decreases in sulfate or increases in sulfide concentrations.  However, knowing which microbes are active, and when and why, has been difficult to pin down.   Knowing only the total numbers of microbes present can lead to misinterpretation of patterns we see in the data and of the ecological function we are interested in understanding.  For example, without knowing which groups were active, measures of microbial processes such as sulfate reduction could be inappropriately attributed to the most abundant bacteria, rather than the bacteria that are really doing the work. 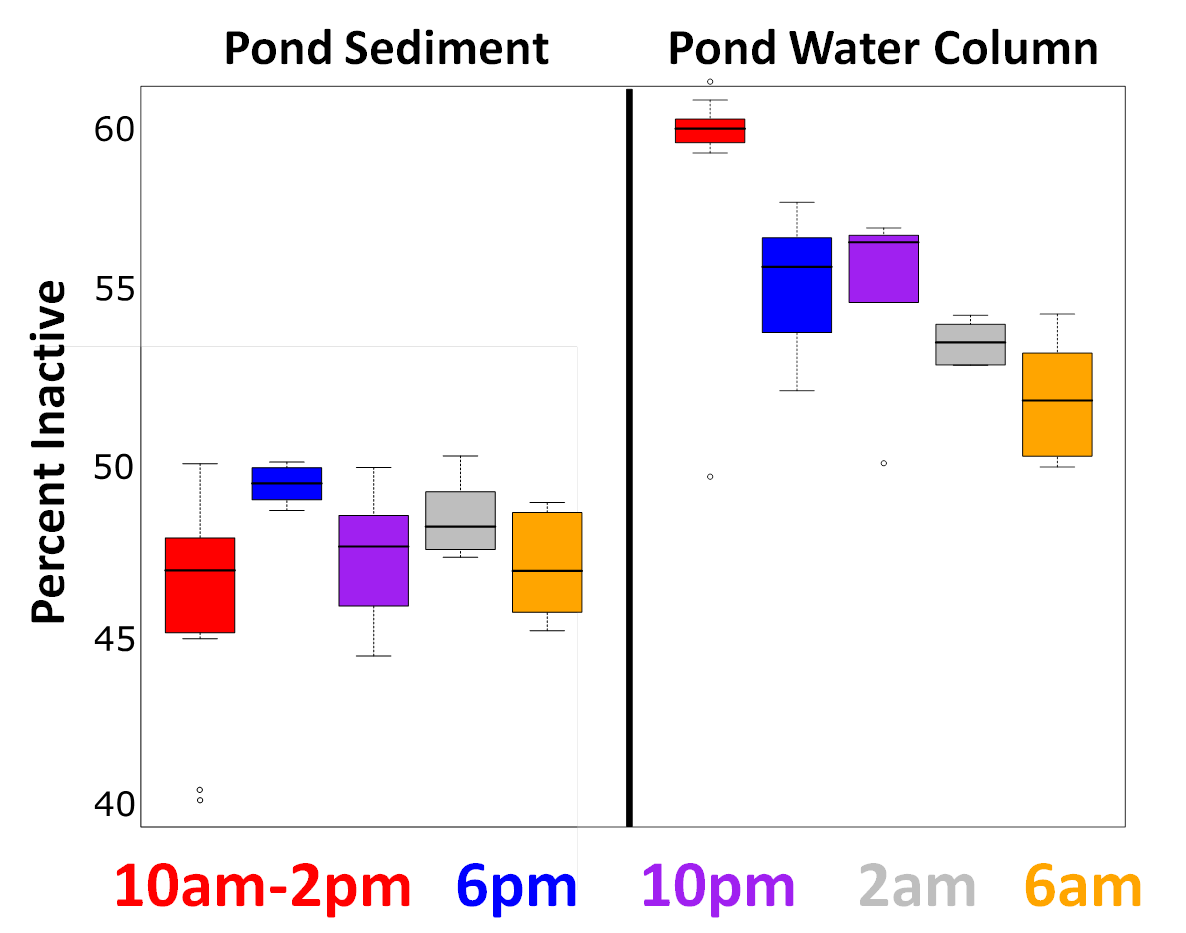 and Jennifer Bowen have found that at certain times or under certain conditions, large fractions of the microbial community are in fact inactive, sometimes to the extent of dormancy (quantified as expression of ribosomal RNA per unit ribosomal DNA).  In two different studies, they found that high percentages of inactivity were associated with either natural stressors or disturbances in the microbial enviornment, and maybe with the need to "rest" and recharge.

In the other study, the scientists 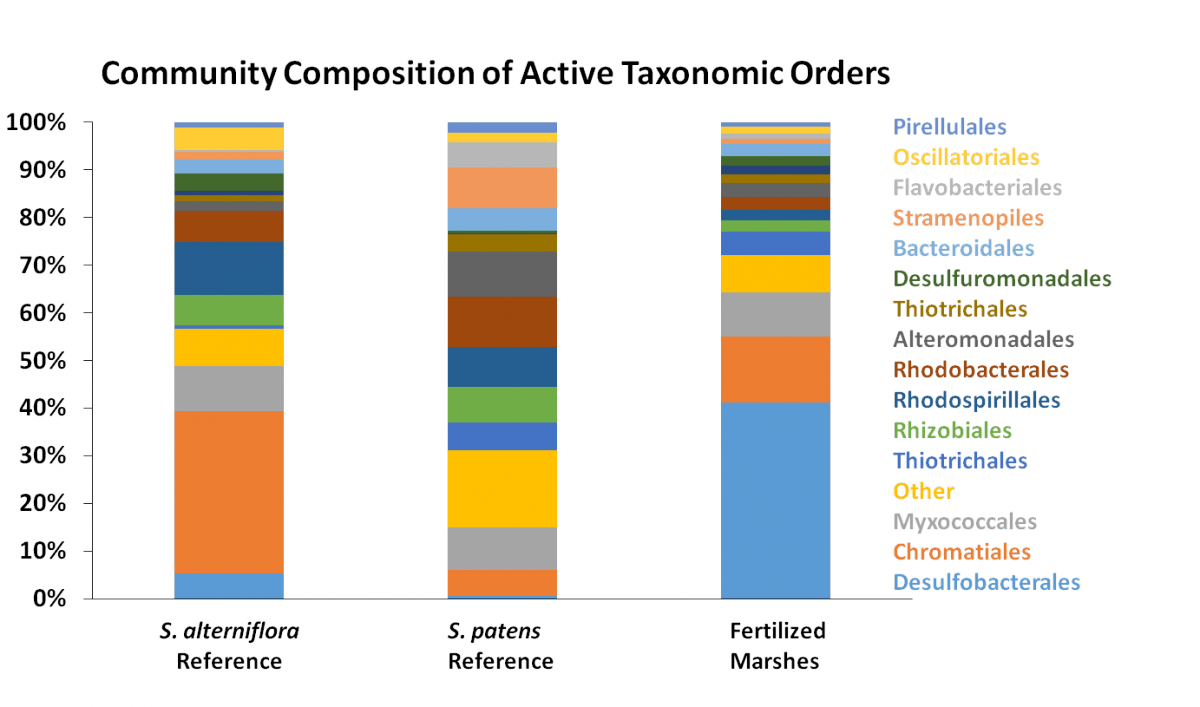 compared microbial populations in two habitats (Spartina patens and S. alterniflora) of an experimentally fertilized marsh with the same habitats in an undisturbed marsh.   Within each habitat, total community composition, as determined by DNA analysis, was not different.   The active communities, however, as assessed from RNA analysis, were very different.  Under fertilization, dormancy increased.  In addition, diversity decreased, as one opportunistic group most able to thrive in the altered environment became dominant.

These two studies have increased our understanding of which microbial groups are responsible for the processes that we measure.  They have also added to the scientific literature on thequestion of microbial inactivity, ranging in time scale from circadian rhythms to long-term dormancy, and in relationship to habitat heterogeneity.   Both studies show high microbial inactivity in salt marsh habitats compared to some other environments,  consistent with the highly variable environment that is characteristic of these ecosystems.  It remains to be determined when and why the stragegy is to take a nap or to hibernate.....or something in between. 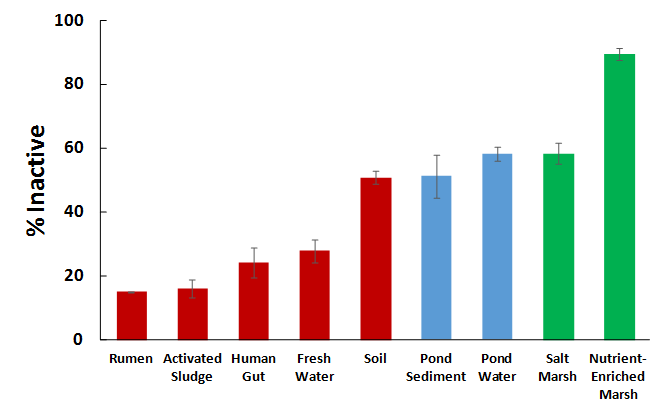 Kearns et al., in Revision; literature values (in red) from Jones and Lennon, 2011.