By conducting large scale, long-term studies of entire river-estuary networks, PIE scientists revealed ways that human activities and natural processes interact to control the flow of water and nutrients from the land to the ocean. This science helps to guide the reduction of harmful nitrogen pollution in coastal waters.

A myriad of human activities alter the hydrology and biogeochemistry of water running off urban and suburban lands. PIE researchers have documented many of these effects, including an intensified storm response, greater annual runoff, increased nutrient loading, and reduced capacity for nutrient retention. These changes are most evident at the scale of small headwater streams. PIE researchers have also identified that while the effects of some of these changes are felt far downstream and into the estuary, natural processes can provide important services that lessen the negative effect. For example, during summers, nitrogen inputs are greatly elevated in small headwater streams that drain suburban areas. But as water flows downstream, microbes living in the water, stream bottom,and wetlands permanently remove much ofhis nitrogen as part of the natural process of denitrification. This greatly reduces the amount of nitrogen reaching estuaries and coastal ocean, particularly during the critical growing season. These findings suggest that land use policies that places development upstream of areas with high denitrification rates, including wetlands, streams, and floodplains, could help to prevent problems due to elevated nutrients such as coastal eutrophication and dead zones. Our findings also indicate that the effectiveness of this natural nitrogen removal process, while in general high, declines during wetter periods. This decline is caused by water flowing too swiftly through watershed ecosystems so that the microbes that denitrify don't have the chance to use all the nitrogen flowing by. As a result, increased climate variability and storm intensity could exacerbate increase anthropogenic nitrogen loading. 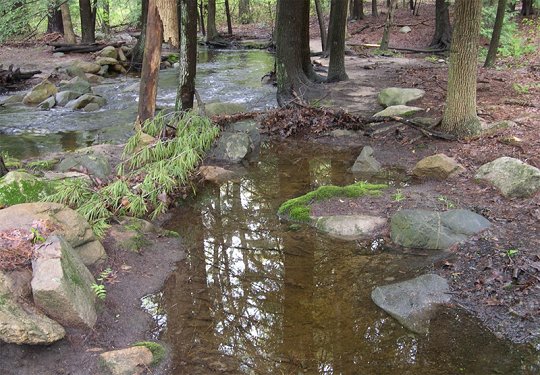 Example of storm event flood in a suburban headwater stream
(Burlington, MA), showing how storm flood watersgo over bankfull,
deposit sand, and scour the riparian zone clear of leaf litter.
Peak storm flow had occurred prior to this picture being taken
(Wollheim photo).

Humans themselves have also intentionally and unintentionally offset some of the extra nitrogen that they bring into the watershed via polluted air, fertilizers, and food (which potentially enters the system through human waste). First, much nitrogen is diverted before it ever gets to streams and rivers due to sewer system construction and treatment often distant from where it is produced, alleviating the need for local natural nitrogen removal. Second, humans inadvertently divert some nitrogen when they withdraw drinking water from larger rivers. Human engineered water transport often crosses basin boundaries, taking nitrogen with it. Both of these mechanisms have been documented by PIE researchers working in the suburban watersheds draining to Plum Island. 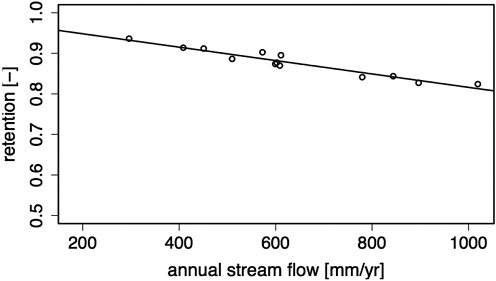 Long term data set of nitrogen exports from the watershed (1994-2009) compared to budget estimates of net inputs to the watershed indicate that more than 80% of estimated inputs are removed by watershed processes, but that this effectiveness declined in wetter years. (Wollheim et al. In Review; PIE-LTER database.)

Regional changes in climate have led to a trend of increasing 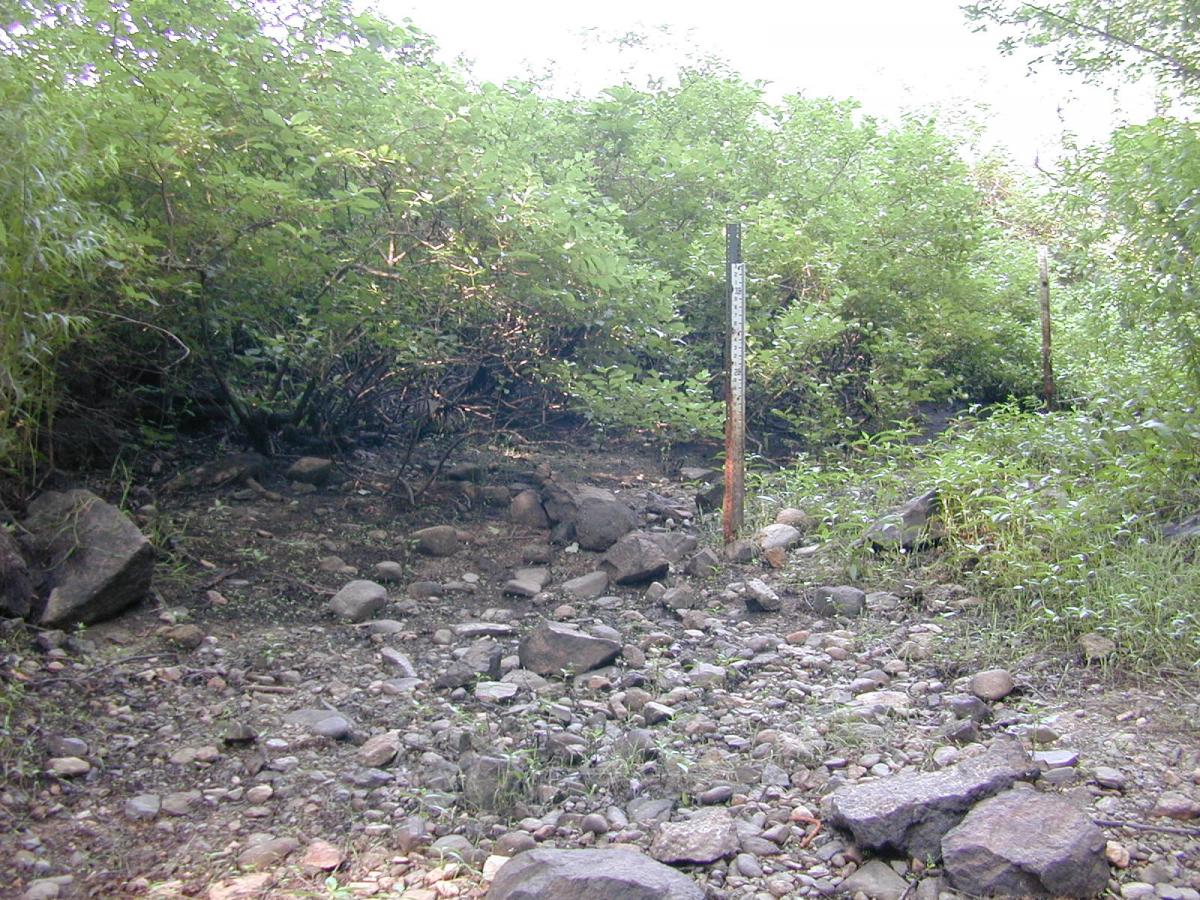 precipitation in PIE watersheds.  At the same time suburbanization has increased the acreage of impervious surfaces and resulting runoff, as well as the channelization of flow into streams for storm water management.  However these trends are masked by the effects of other water management practices  that  divert water away from the watershed.  These activities include pumping of groundwater, cross basin transfers, and most dramatically, water withdrawals for municipal water supplies.

There have also been local water shortages in summer, thought to be driven by lawn irrigation.  These “suburban droughts” have led to policy changes regulating water use at the town and state level.  Interestingly, 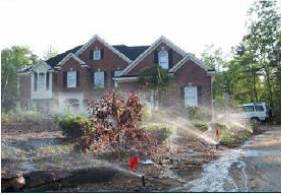 our social science research reveals that intensive yard care practices, such as irrigation and fertilizer application, occur less often in the PIE watersheds than expected.  Our surveys and interviews with homeowners suggest that (1) PIE lawn cover patterns may not be as strongly linked to lifestyle patterns as in other areas, (2) an innovative residential water pricing scheme has been effective in reducing the importance of lawn cover on local water use.  Even though policy and recent price changes have reduced residential water-use, in the coming decades water-use may exceed mandated limits.  More info… Williams et al. 2004; Williams et al. 2005; Claessens et al. 2006) (Pellerin et al. 2008; Claessens et al. 2006; Schneider and Pontius 2001; Polsky et al., 2012; Schneider and Pontius 2001; Polskyet al., 2012; Polsky et al. 2009; Hill and Polsky 2005, 2007; Guha 2009 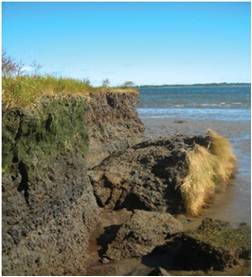 Salt marshes and tidal flats co-evolve over long time frames, with oneretreating or expanding at the expense of the other.  The trajectory of this evolution results from complex interactions among physical and biological processes, including tidal currents, wind waves, sediment erosion or deposition, and vegetation.  This balance may be shifted as a function of sea level rise.   Geomorphologists at PIE are exploring the effects of tidal currents and wave sheer stress on the erosion of marsh edges and how the importance of these forces differs depending on the size of the tidal flats, which in turn may depend on relative sea level.  Models show that at lower sea level states, tidal basins are shallower, increasing dissipation of wave energy and therefore erosion.  At higher sea level, tidal basins are deeper, leading to higher waves and increased erosion at marsh boundaries.   When sea level rise becomes too high, marshes drown and are transformed into tidal flats.   Future 3D modeling at PIE will  quantify the exchange of sediments between Plum Island Sound and the marshes.  More info...See Mariotti and Fagherazzi (2010), Fagherazzi et al 2006; Fagherazzi et al 2007.