What will PIE marshes look like in the future?

The system as we know it today is facing a number of challenges stemming from the external drivers of sea level rise, human activities, and climate change.

For PIE, those challenges are:

We anticipate large changes in the geomorphology of the marsh and estuary over the next century and beyond, with the current predominantly high-elevation marsh, dominated by Spartina patens, changing to a lower elevation, more frequently flooded marsh dominated by Spartina alterniflora (depicted right).

Our current research will examine the effects of the external drivers on the mechanisms of geomorphic change, and the impacts they will have on ecosystem structure and function. We will examine the connections and feedbacks between the external drivers and internal responses, as well as interactions among the internal processes. We have organized our thinking by focusing on specific components within the overall conceptual model, highlighted below, as well as the processes and interactions most relevant to them. 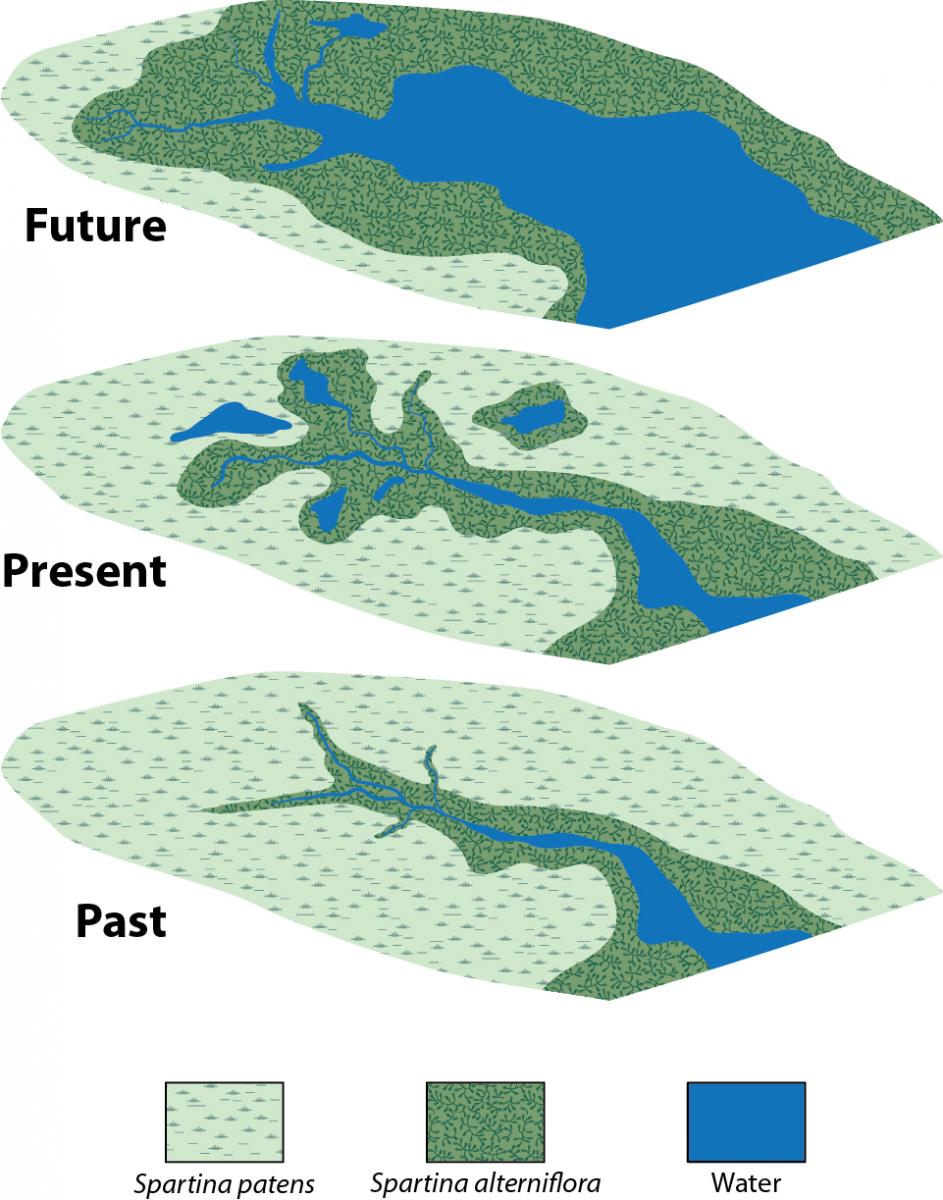 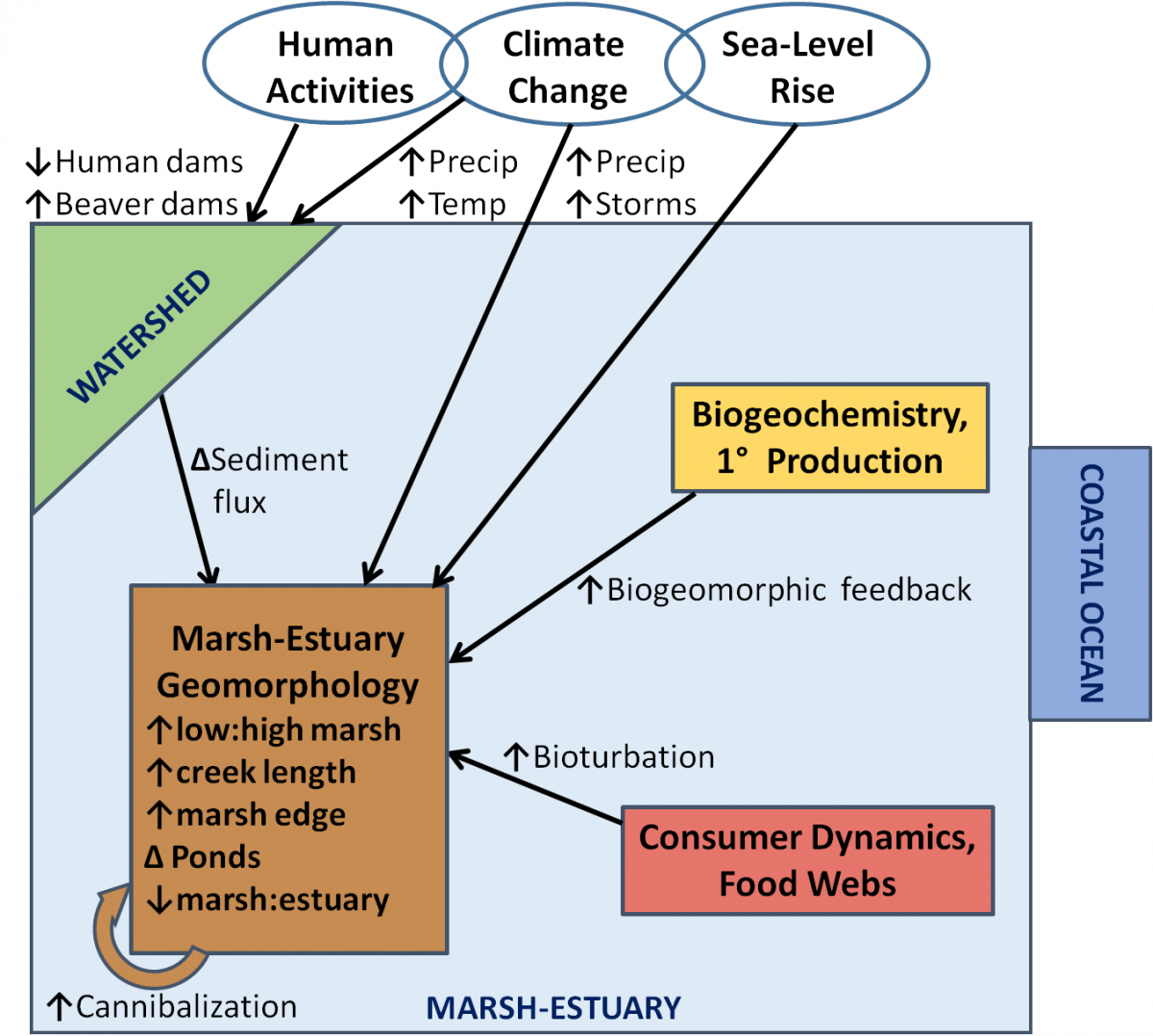 We anticipate a changing biogeochemical regime in the marsh, with the direction of change uncertain and variable due to complex interactions and feedbacks.

We expect to see changes in 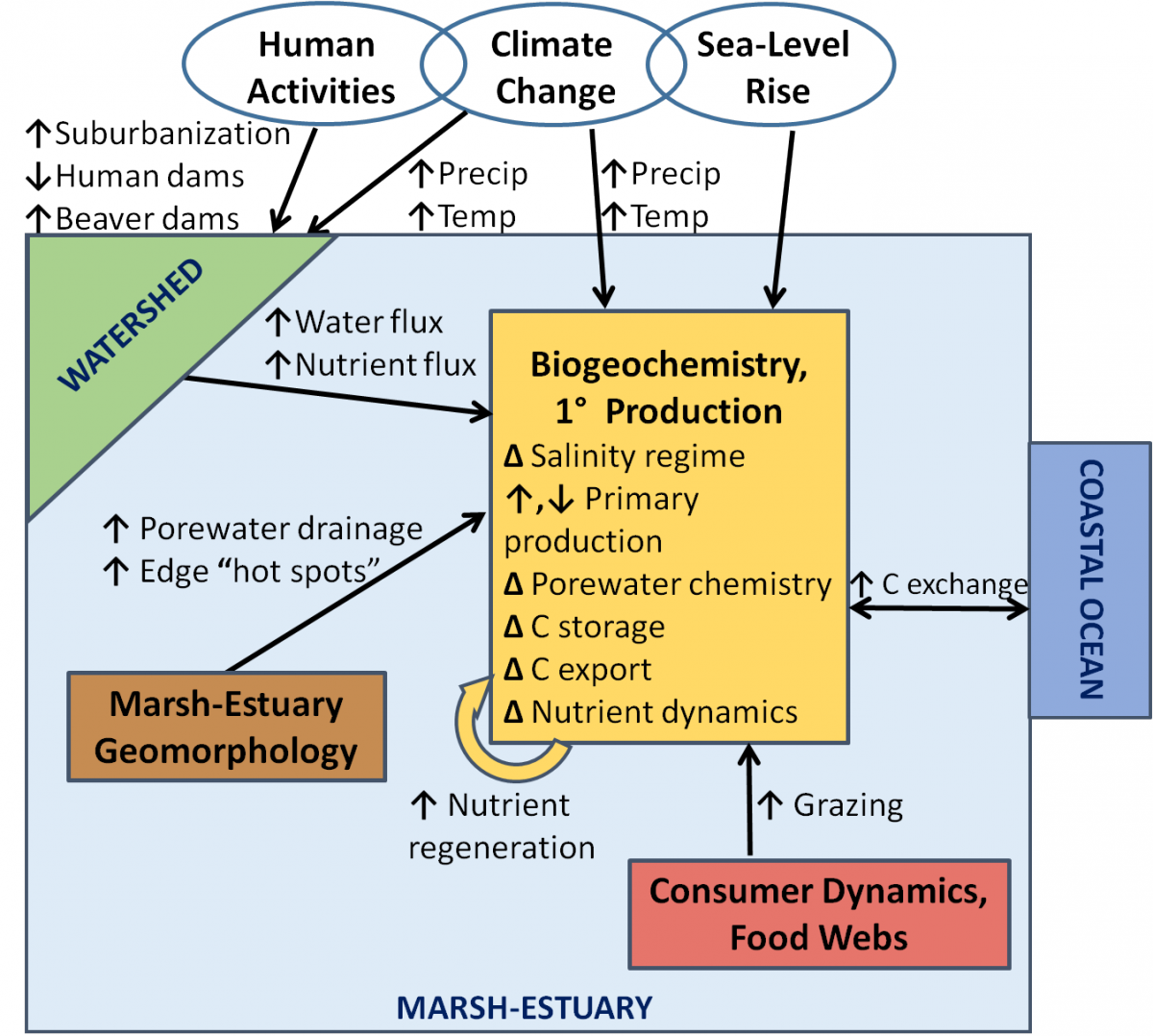 Warming temperatures and rising sea level are expected to lead to changes in PIE food webs.

We anticipate changes in 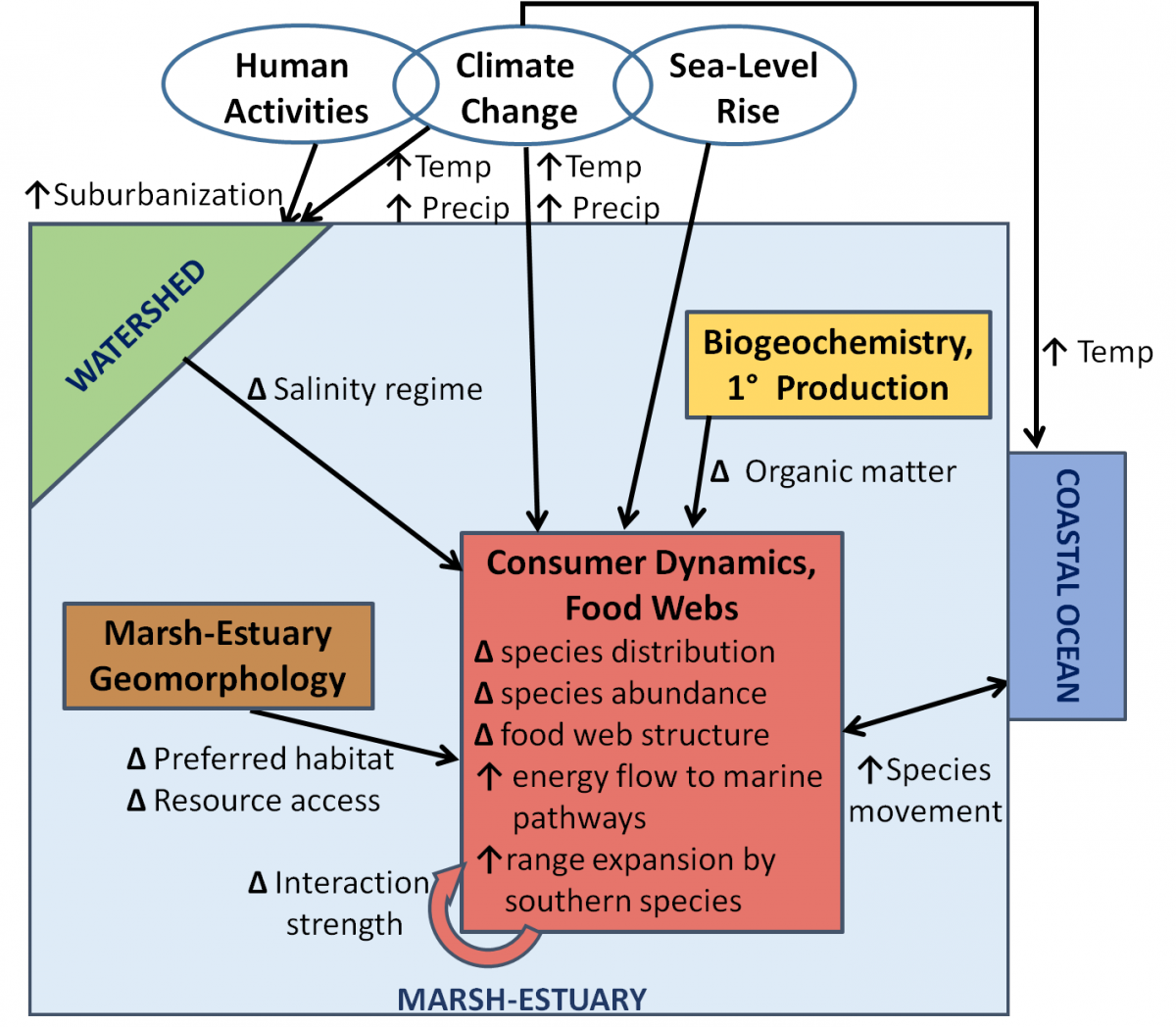 Models
PIE researchers use a number of complementary or linked descriptive, predictive, and theoretical models to integrate and synthesize their research.

Framework for Aquatic  Modeling in the Earth System (FrAMES) 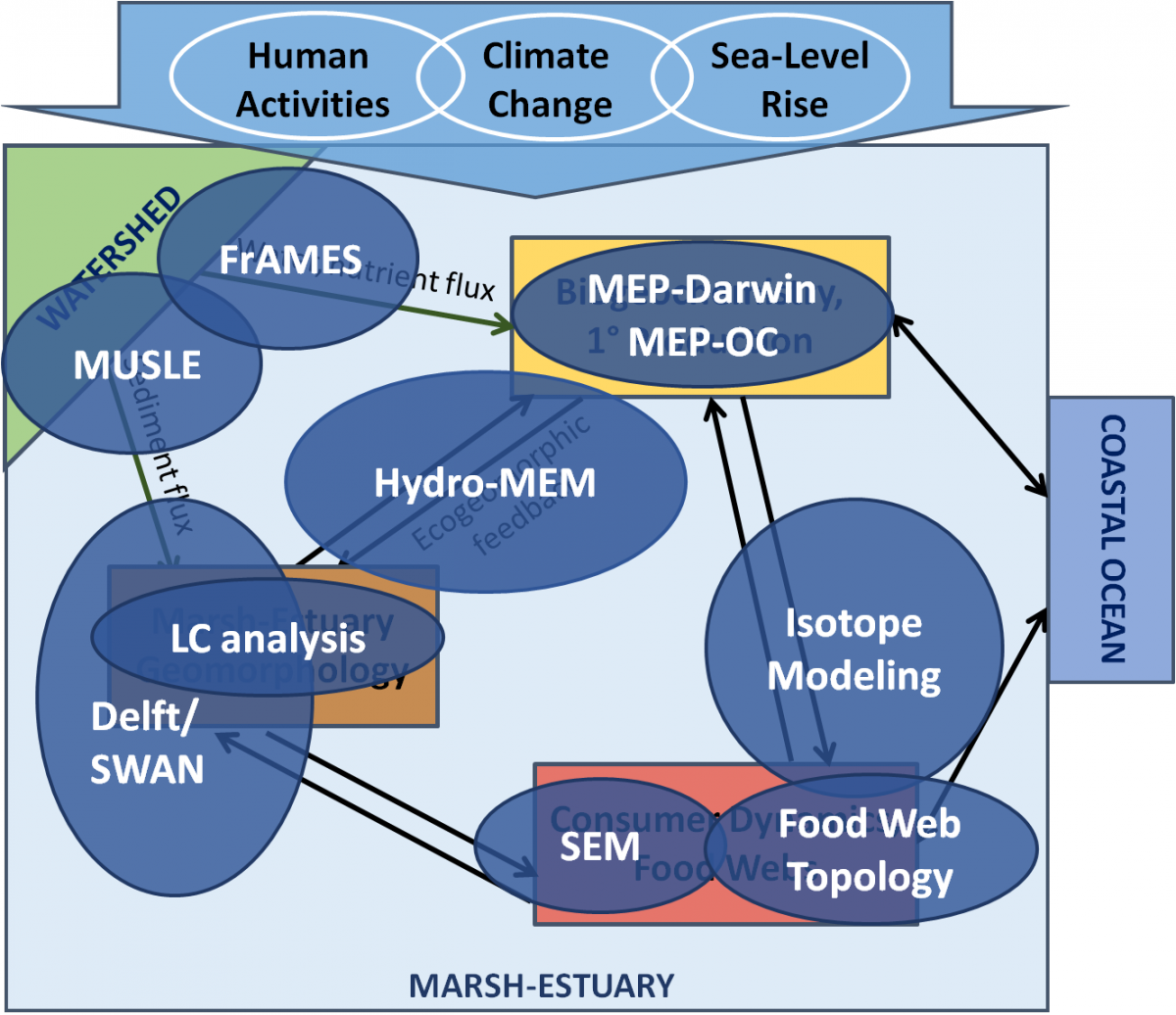