Salt marshes must maintain their elevation relative to sea level in order to survive.  In New England, where rates of sea-level rise are increasing rapidly, salt marshes are challenged to keep up by limited sediment inputs, which is one mechanism they use to gain elevation.  Faced with little accretion by means of sedimentation, marsh survival may depend on a second important mechanism of vertical accretion, and that comes from the production of organic matter by the marsh itself. 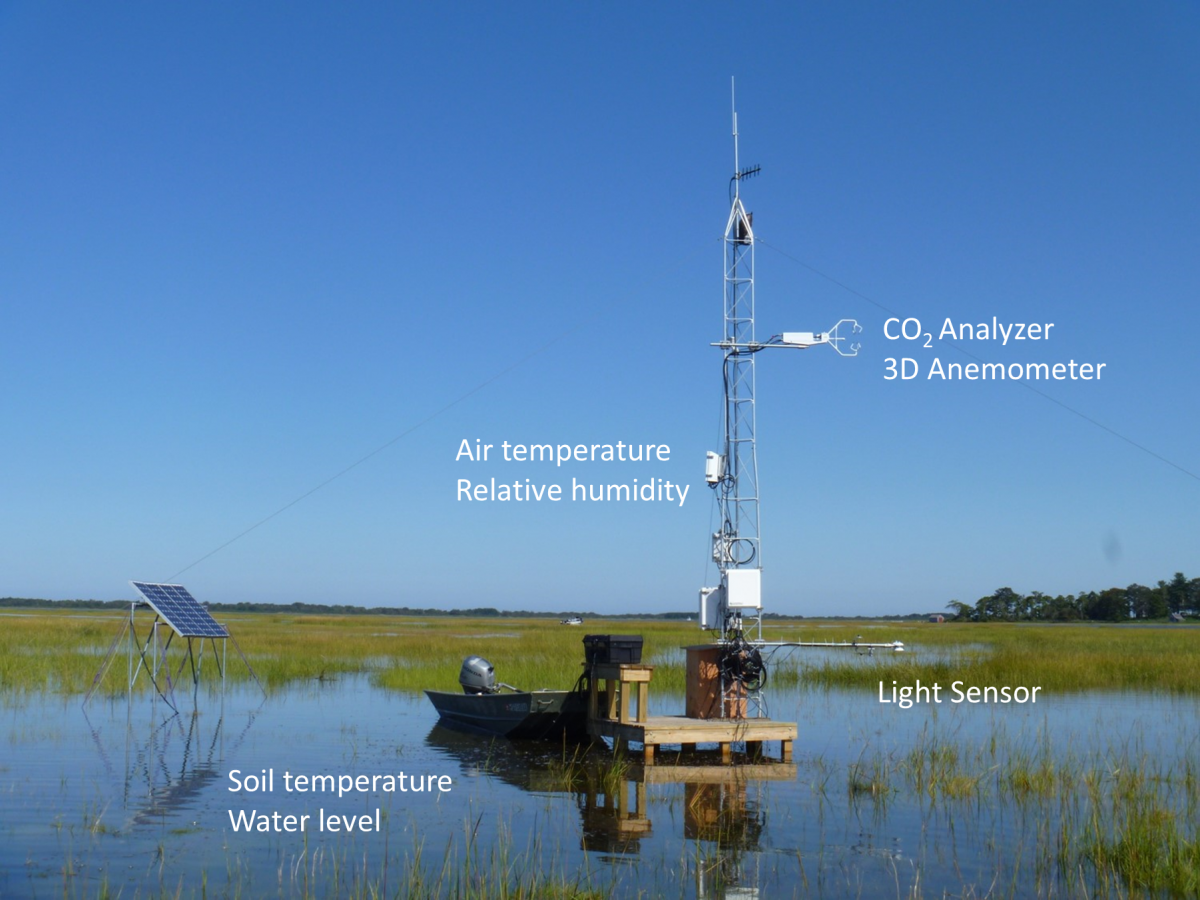 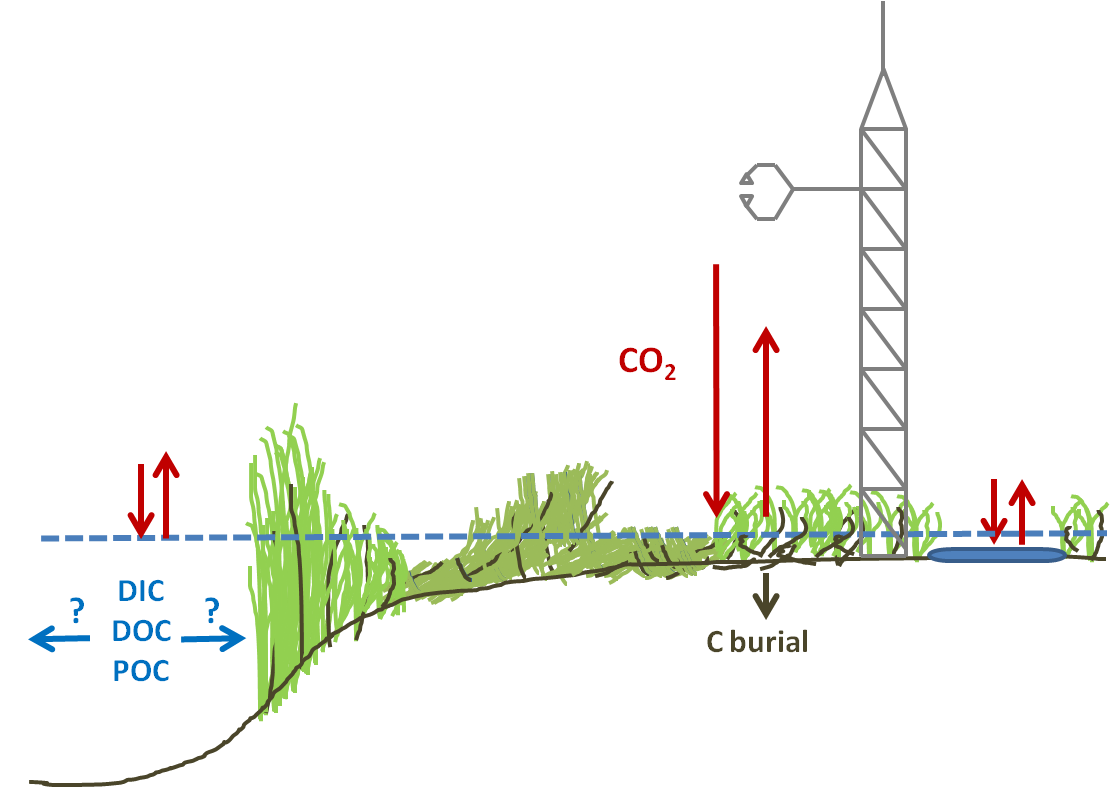 The  portion of organic matter produced by marsh grasses that does not decompose but becomes part of marsh soil, thereby helping to maintain elevation, is difficult to measure, so multiple techniques are used.  One approach is to measure the amount of carbon dioxide (CO2) that moves into and out of salt marshes over seasonal cycles, because CO2 is taken up by marshes when the grasses are growing, and released from marshes when they scenesce and dead organic matter is being decomposed.  To make these measurements on an ecosystem scale, PIE scientists led by Inke Forbrich have installed instruments on two towers that continuously monitor the vertical fluxes of CO2 into and out of marshes (red arrows in diagram above).  The instruments are mounted at a sufficient height to incorporate variable marsh components within the area the tower “sees”, including different grass species as well as water bodies. 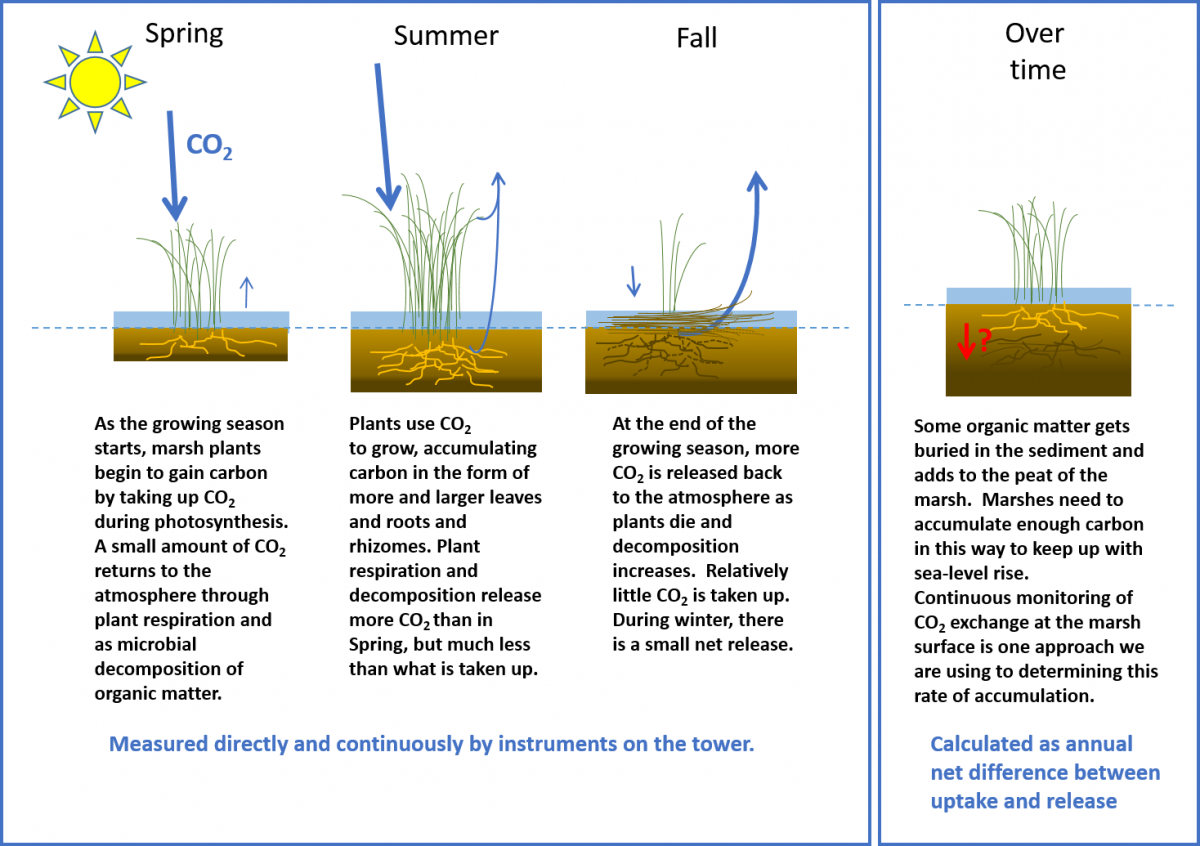 Results from these measurements combined with vegetation production rates (contributed by USC collaborator James Morris and team) and sediment deposition rates (shown below as a 4 cm layer of organic matter accumulated on top of a white feldspar marker spread on the sediment 13 years prior) showed that a large percentage of the carbon taken up by marsh grasses is stored belowground, or "buried" (brown arrow in cartoon above and red arrow in cartoon left). 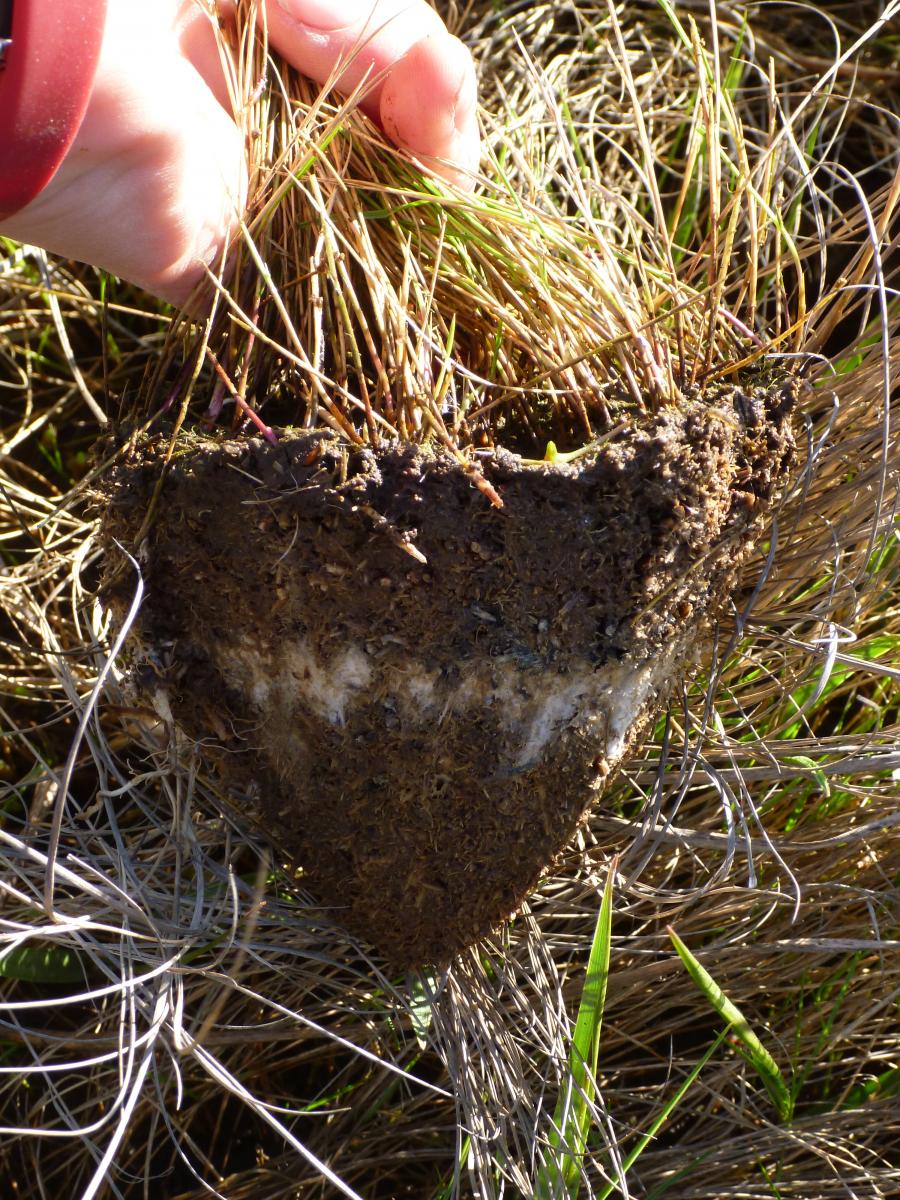 However, this carbon “sink” was lower than the estimates derived from the CO2 flux measurements, pointing to an unaccounted-for fate of some of the  carbon.  PIE scientists are working to quatifiy the missing carbon, which may be found in horizontal transport out of marshes by tidal floodwaters, either as CO2 dissolved in the water, or as dead vegetation (wrack) (blue arrow).  Although challenges remain to completely balance the marsh carbon budget, the near real-time data available from the flux measurements will help us determine if marshes can grow and store material belowground fast enough to compensate for regional sediment deficits  ̶̶̶ ̶  and maintain a feedback that will allow marshes to persist under faster sea level rise.