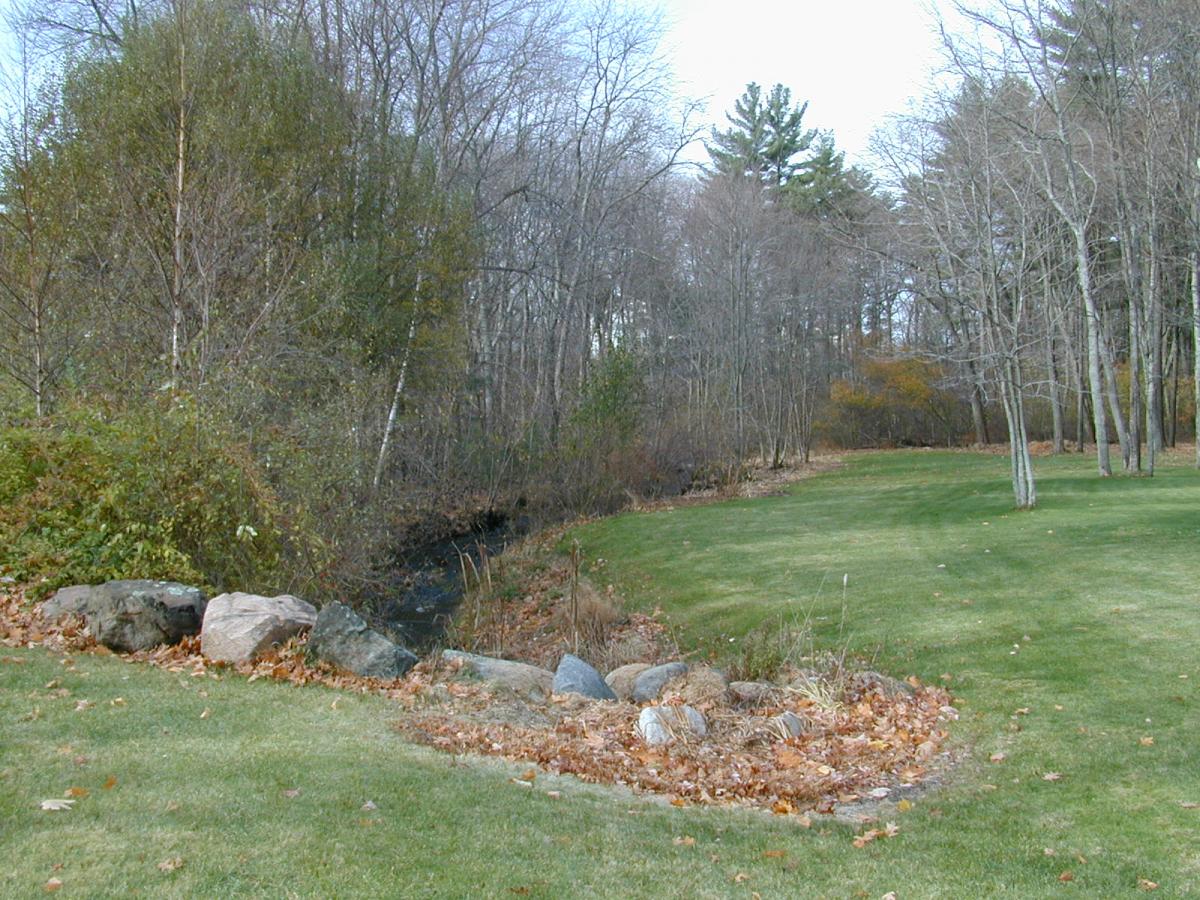 PIE watersheds receive relatively high inputs of nitrogen from food/waste and fertilizer. The percent of these inputs that is exported to the estuary, however, is lower than for other urbanized watersheds in the northeastern United States.  Export is relatively low because the most urbanized areas are in headwaters, distant from the estuary, and there are abundant riparian and floodplain wetlands along the flowpath that allow for efficient cumulative removal during transit downstream.  Even though the increase of impervious surfaces characteristic of suburbanization does decrease N retention by reducing biologically active surfaces and shunting storm water directly to streams, the system as a whole may function to compensate. Modeling results indicate that stream networks remain extremely capable of removing N inputs, particularly under lower flows when both exchange 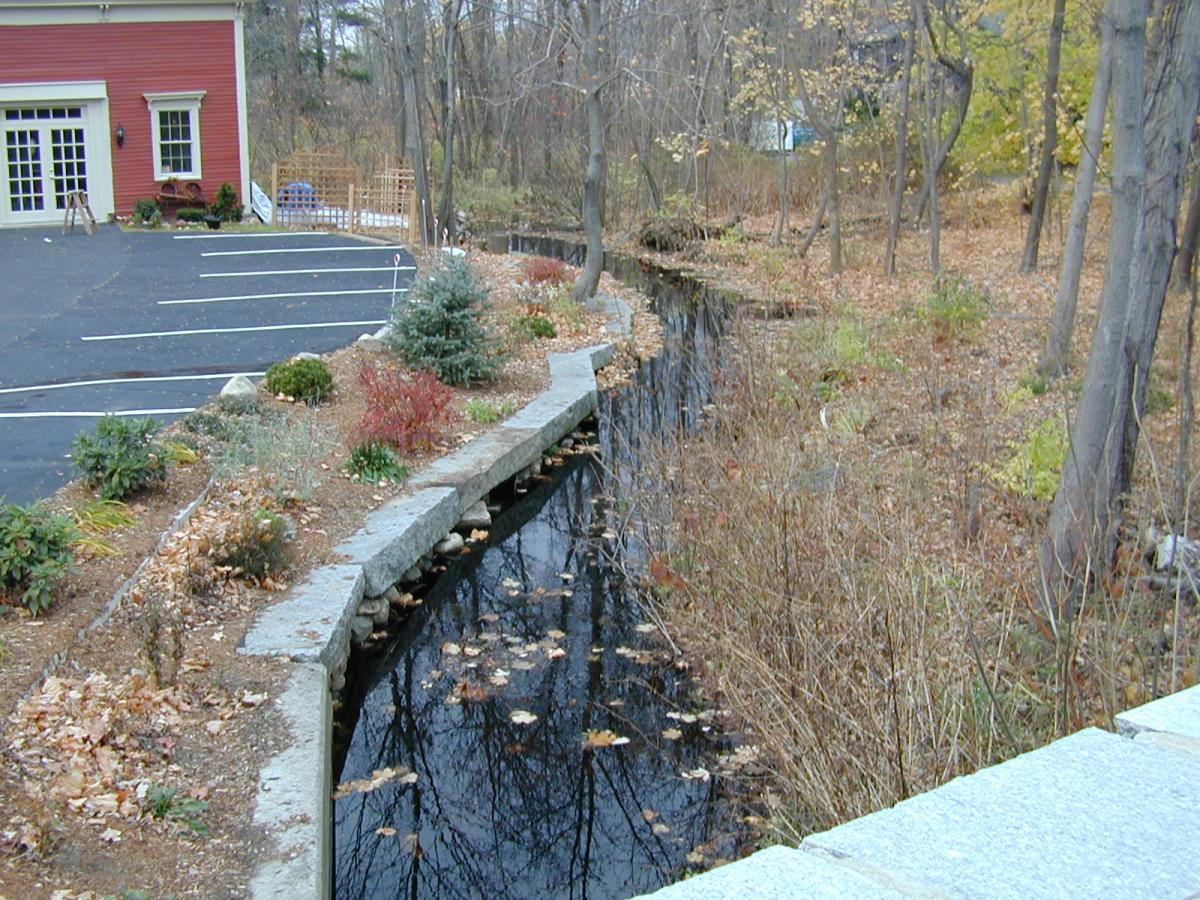 In the subtidal areas of PIE, estuarine N dynamics are strongly

controlled by temporal and spatial patterns of water residence time, salinity, and N inputs. In the upper Parker estuary, water residence time varies seasonally due to very high discharge during the spring freshet to low discharge in mid to late summer.   Salinity varies seasonally with discharge, as well as on tidal cycles.  In summer, when water residence times are often long, we find that N cycling is regulated by salinity.  Conditions become less favorable for the removal of nitrate by microbial conversion to N2  gas (denitrification), and more favorable for another microbial pathway, dissimiltory nitrate reduction to ammonium (DNRA).  In the second pathway, nitrogen, as ammonium (NH4+), remains in the estuary and bioavaiable.  An additional “source” of ammonium becomes available as in summer; as salinity rises, NH4+ is released from sediment particles through ion exchange.  The net result is that more N is available to primary producers. These findings suggest that estuaries which experience very variable salinity regimes may be less efficient in removing watershed N inputs.  More info…Bernhard et al. 2007, 2005; Weston et al. 2010; Giblin et al. 2010

By making measurements in fertilized creeks we were able to show that although both DNRA and denitrification increase with increased nitrate loading the efficiency of N uptake decreases.   Moving to elevations where marsh grass is present, we found that plants exert a strong control over N cycling.  Denitrification occurs throughout the Spartina patens rooting zone (rhizosphere), and DNRA is often equally important.  We also found an apparent “hot spot” of nitrogen removal in the narrow band of S. alterniflora along the creekbank. More info…(Drake et al. 2009; Deegan et al. 2007; Koop-Jakobsen & Giblin 2009a; 2009b; 2010; Uldhal 2011). 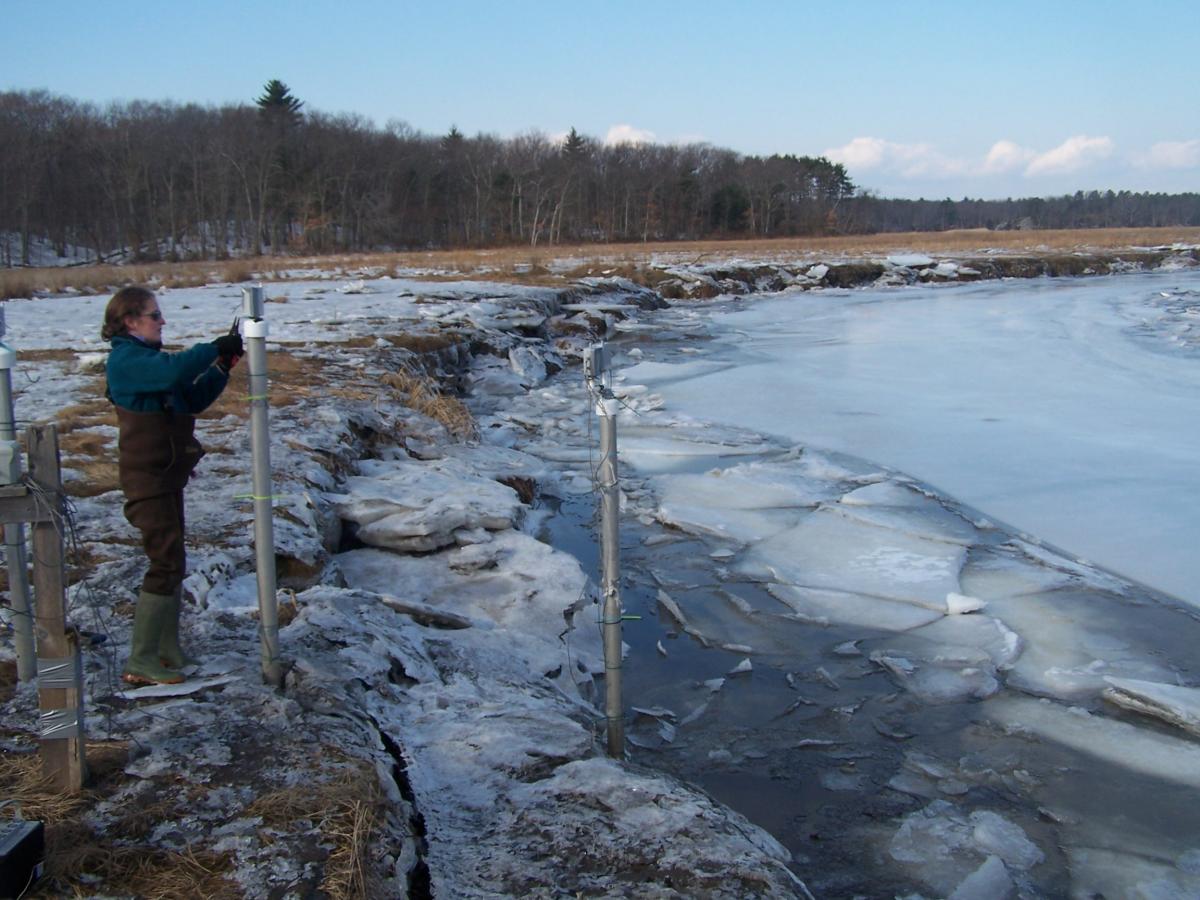 There are strong spatial gradients in metabolism along the length of PIE estuaries.  Overall, PIE estuaries are net heterotrophic,that is, the aquatic organisms that live within them consume more organic carbon on average than they produce.  Therefore, carbon must be imported from the upstream watershed or the flanking marshes.   Carbon from the watershed   supplies only enough carbon to support the demands of the upper 5 km of the estuary.  Carbon tracers have shown that the erosion of marsh peat is not sufficient to meet the remaining demands, leaving marsh grasses as the potential source.  Porewater draining from marshes at creek banks is rich in organic carbon, and drainage rates are high enough to contribute to aquatic metabolism.  However, measurements of whole system metabolism still were higher than the total of separate benthos plus water column measurements.  This mismatch led us to understand that a portion of what we attributed to estuarine metabolism actually occurred on the marsh proper, and the signal of that metabolism, inorganic carbon, was exported to the estuary in ebbing tidewater and draining porewater. Understanding the spatial relationships of carbon production and metabolism enhances our understanding of how marsh derived carbon supports estuarine food webs.  More info…Vallino et al. 2005 Raymond & Hopkinson 2003 Gardner & Gaines 2008