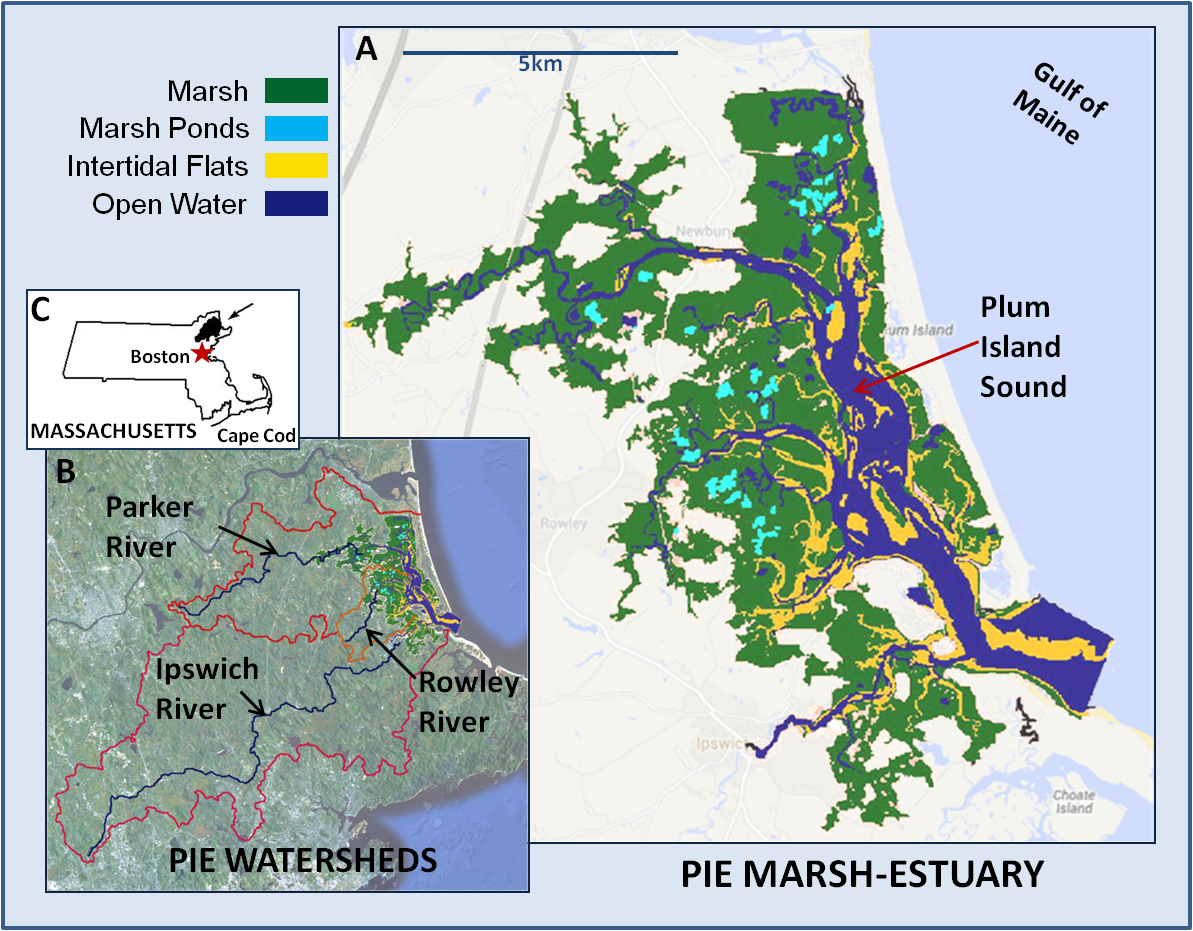 watersheds and estuaries in northeastern Massachusetts. The Ipswich River (400km2), Parker River (161km2), and Rowley River (39km2) basins make up the watersheds of the system. The watersheds lie within the Boston Metropolitan region. Population density is about 250 people per km2.

We have been investigating the ecology of Plum Island Sound estuary since the late 1980s with support primarily from the National Science Foundation. (NSF) We were part of NSF Land Margin Ecosystems Research program in the early 90’s. The site became part of the NSF's Long Term Ecological Research (LTER) Network in 1998. The Plum Island project is one of only 4 LTER sites that studies the effects of human activities in watersheds on estuaries. The PIE LTER has developed an extensive database open to the public via the Internet that includes our results from long-term field observations and experiments in the Ipswich, Parker and Rowley River watersheds and the Plum Island Sound estuary.